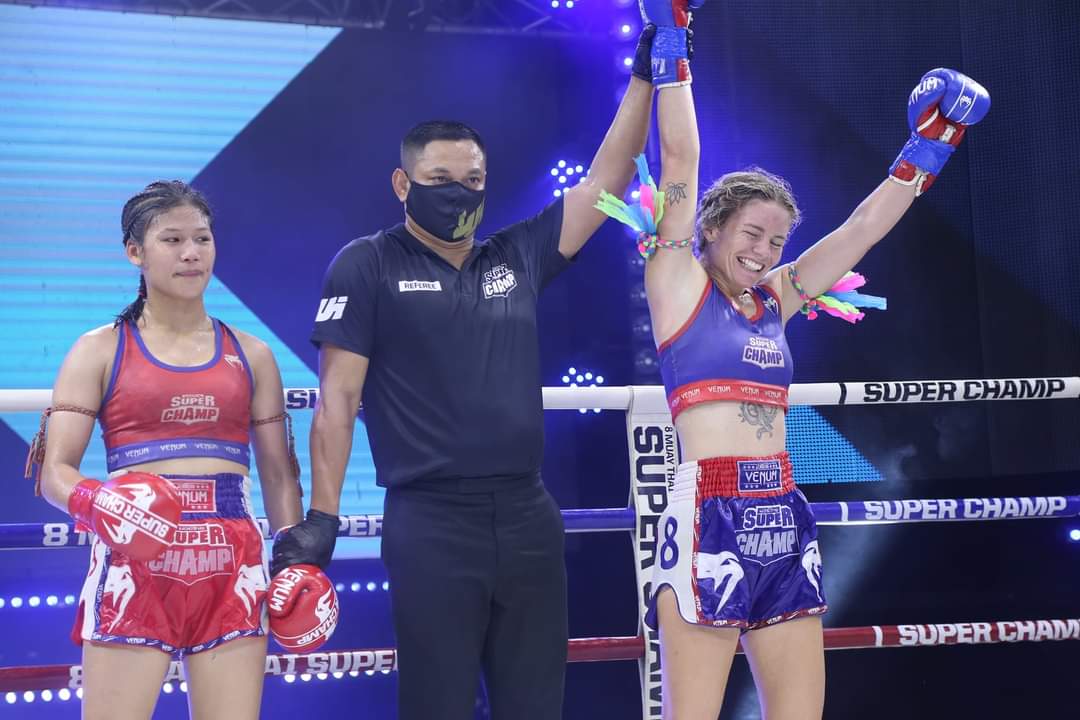 The weekly Thai Channel 8 Muay Thai shows are back for another installment this weekend. Muay Hardcore takes place on Saturday and Muay Thai Super Champ on Sunday.

Each event features a seven bout card, both taking place at the Bazaar Theatre in Chatuchak, Bangkok.

On Saturday, Muay Hardcore will feature one female Muay Thai bout. Spain’s Maisha Katz takes on Praewa Sittananu in one of the featured bouts on the card. Maisha will be hoping to get back to winning ways after a loss at Bangla Stadium just three weeks ago.

On Sunday, two of the top ranked foreign female Muay Thai fighters will be in action.

Paloma Arranz, just four weeks on from her first round knockout win, will return to Muay Hardcore. She is to face NongPalm SitChaiyo.

In the other female contest, Celest Hansen makes her return to the Muay Thai Super Champ stage. Six weeks on from her WBC World title loss in Australia, Celest is back in Thailand. A regular on the Muay Hardcore and Super Champ shows, she heads straight back into action this weekend. She will face PetchChumphae HighlandBoxing in the second bout on the card.