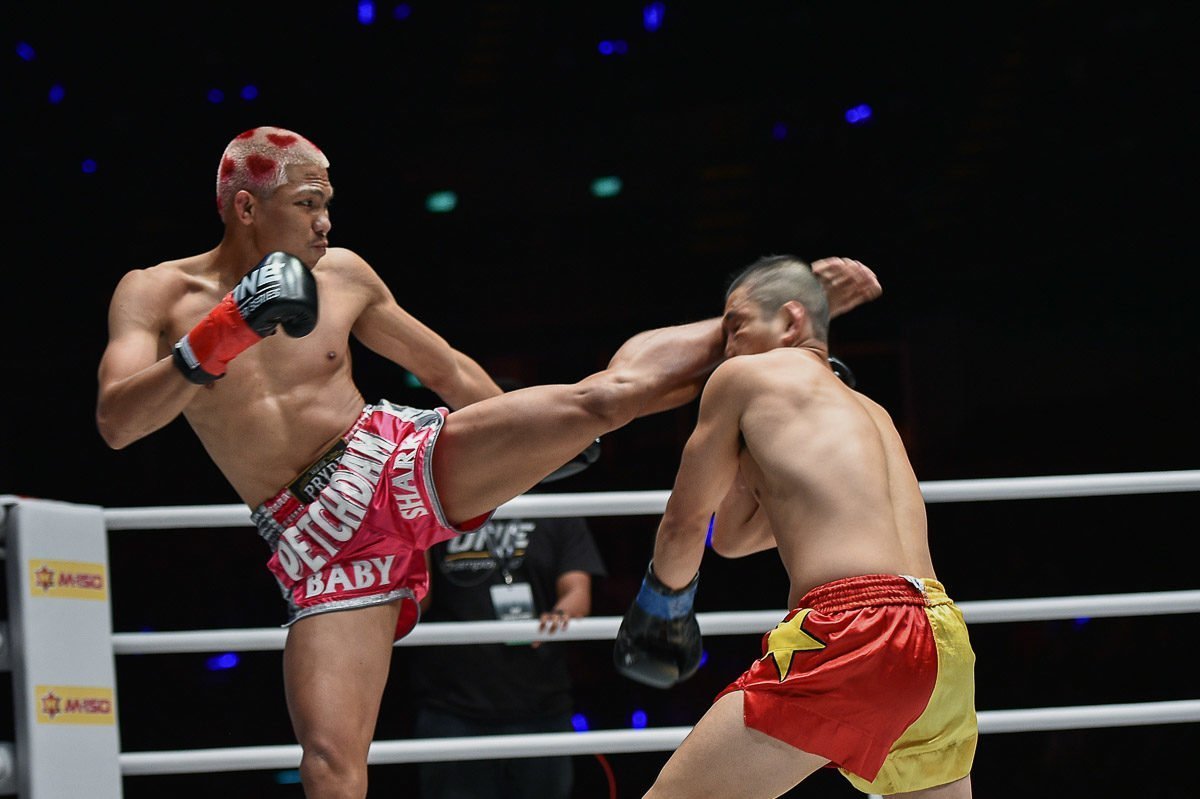 ONE returns to the Impact Arena in Bangkok this Friday with another stacked card for ONE: DREAMS OF GOLD featuring a Kickboxing flyweight World title main event between Petchdam Gaiyanghadao and Ilias Ennahachi, as well as the two featherweight World Grand-Prix semi-finals bouts.

Here’s a full rundown of the three kickboxing bouts at ONE: DREAMS OF GOLD that you do not want to miss.

Current flyweight kickboxing world champion ‘The Baby Shark’ Petchdam Petyindee Academy will defend his title for the first time against the Dutch-Moroccan kickboxing maestro Ilias Ennahachi in the main event on Friday.

Petchdam loves to thrill the crowd and is known to have one of the most entertaining, crowd-pleasing ring-walks, but his Muay Thai influenced kickboxing style is one that brings more excitement than most that step in the ONE circle.

He faces six-time kickboxing world champion Ilias Ennahachi who has a 92% win ratio in his career.

Ennahachi said he is confident he can add a seventh, and one of the most prestigious world title, to his trophy cabinet when he faces Petchdam in Bangkok on Friday.

Few kickboxers carry as much prestige as Giorgio Petrosyan. ‘The Doctor’ gets his nickname from his surgical precision striking inside the ring. He faces Jo Nattawut after beating Petchmorrakot Petchyindee Academy in a World Grand-Prix quarter-final rematch last month.

His semi-final opponent, two-division Lion Fight and WMC World Champion Jo Nattawut is one of the finest attacking talents in the striking world.

Nattawut put on a striking clinic to stop Sasha Moisa in the quarter-final bout and has already beaten another semi-finalist in Samy Sana under the ONE Super Series banner.

Samy Sana shocked the world when he handed one of the tournament favourites Yodsanklai Fairtex his first defeat in eight-years when they met in the quarter-finals at ONE: ENTER THE DRAGON in May.

He faces multiple-time kickboxing world champion Dzhabar Askerov from Dagestan, who threw every strike in his locker at his German rival Enriko Kehl to claim a unanimous decision in the quarter-finals in May.

Having beaten huge names in the first round of the Gran Prix, both Sana and Askerov will be confident going into the semi-final bout and we can expect nothing short of all-out war between the two on Friday.