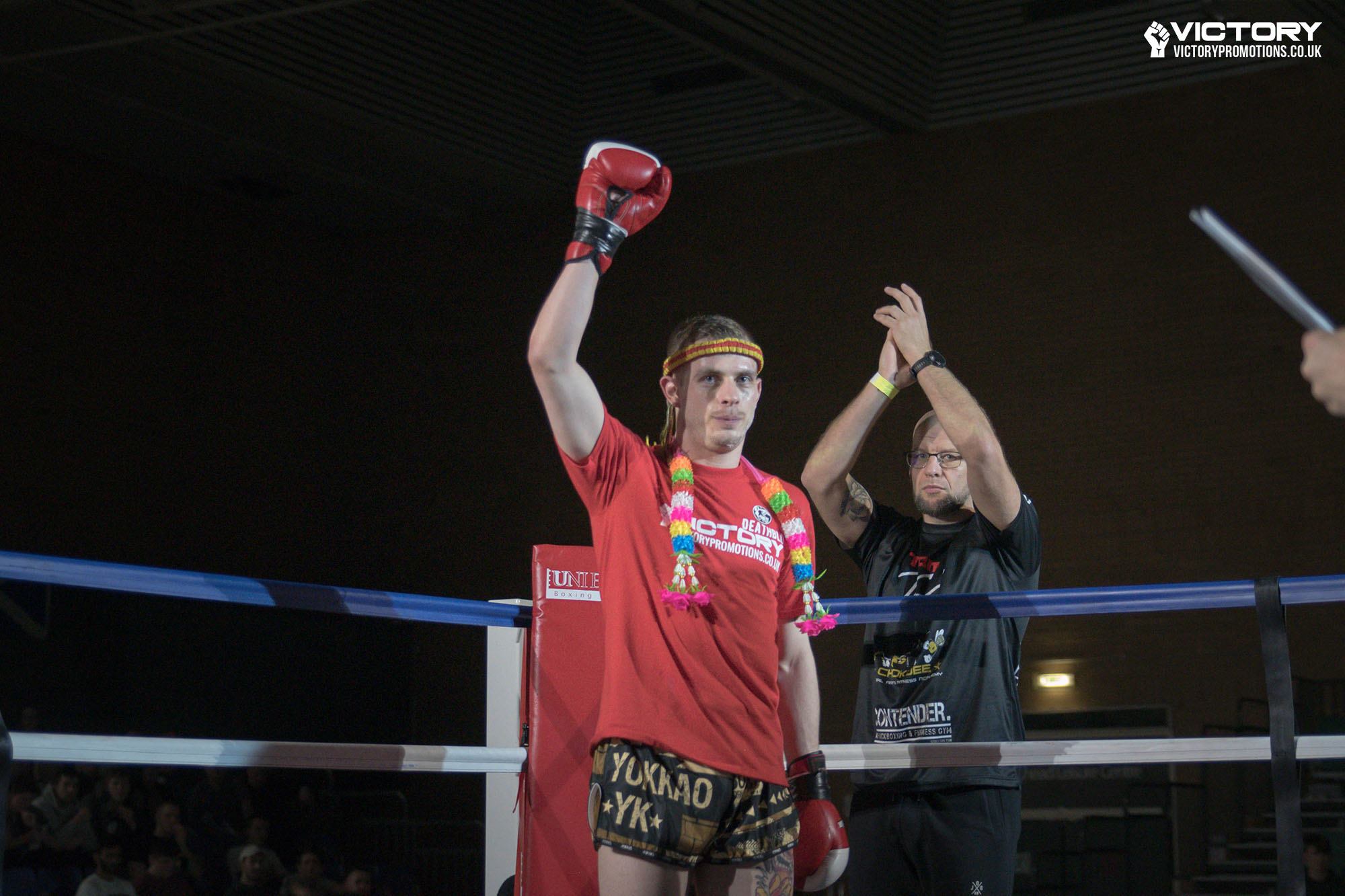 UK Super-Welterweight #1, Jack Cooper, is one of the most experienced fighters in the country, having moved to Thailand as a young teenager and fought many of the top Thai fighters in Thailand before moving back home a few years ago.

We spoke with Jack to ask him which bouts were his favourite and most memorable of his career.

Jack: “In 2012 I fought on Thai Fight in HuaHin at the Kings Palace. 30,000 crowd and several of the Royal Family were there.

“I weighed in 67kg as agreed, so did Sinsamut Sor Klinmee. He was Sudsakorn’s younger brother. It was my first Kard Chuek fight, I will have been in my late teenage years.

“The fight was great, we battled out over 5 rounds and I took the decision in a close fight, sweeps and double kicks to carry the points.

“There was no serious injuries or any difference to fighting in 8oz, although I remember my full eyebrow being able to move freely and easily as it was like gristle and mush.”

Jack: “When I was 18 I fought on a Super Tuesday card at the old Lumpini Stadium against Yodarkom Fahkamin.

“When I arrived at stadium we sat only a metre apart from each over and got our hands wrapped. During the ten minutes it takes to wrap a hand I had several gamblers come and explain that he was the favourite and it’s going to be too hard of a fight for a farang like myself as Yodarkom was a regular Channel 7 fighter.

“From the bell in the first round I landed everything I threw; boxing, elbows, body kicks and sweeps. I won the clinch and almost every exchange, this was my favourite fight and performance to date I think.”

Jack: “In maybe my first 20 fights I had an experience that I remember very clearly. I fought on an outdoor temple show which was viewed by all the Monks and Ajarns. These were held quite regularly and were hype from start to finish especially with being the old white boy.

“I turn up and lay on our bamboo mat to start my oil massage. They point out my opponent, he’s head to toe in camouflage with black boots and crew cut.

“His friends and corner were also in uniform, must have had the full barracks there. I remember them being so loud and boystrous, all laughing and mocking me which was standard.

“I’d seen the man I’m fighting knockout a couple people out on previous shows. He was a strong set, built like a tree. A quick twenty seconds of pure mad thoughts while I heard my name called out and walked towards the ring.

“Bell goes and its on. First couple rounds he came out hard. It was a struggle, but after weathering the storm in the first half of the fight, I began to force and dominate the clinch. Landed my teeps and knees, dictating the pace and the distance and managed to win via unanimous decision.