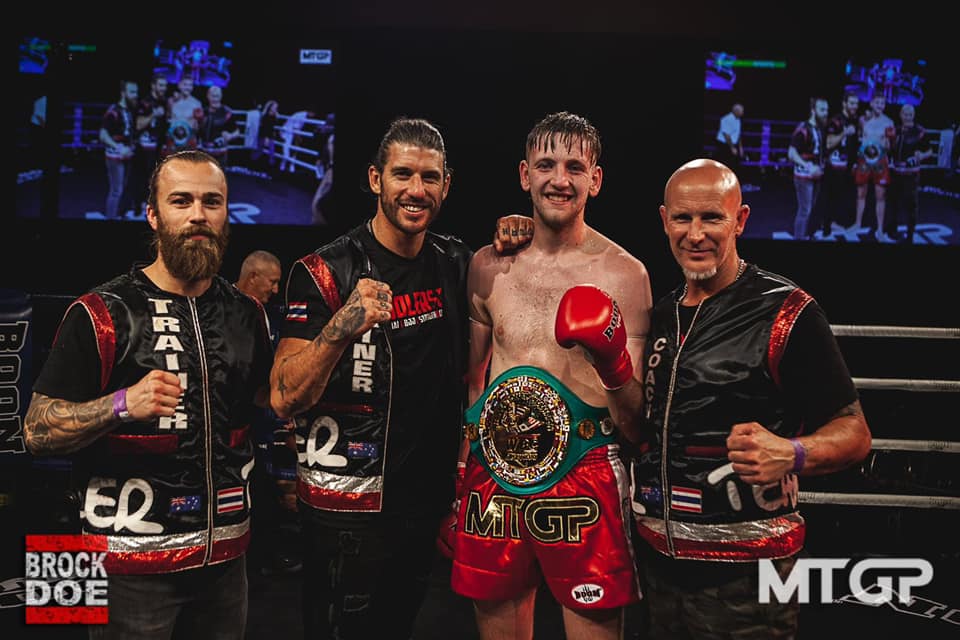 George Mann currently sits at #4 in the WBC Muaythai Super-Middleweight World rankings. But who should the in-form Scottish Muay Thai star fight next?

Toby Smith is one of the most recognised Australian Muay Thai fighters of the modern era. Though relatively inactive in recent years, the ‘Weapon’ remains at #3 in the WBC Muaythai Super-Middleweight World rankings.

His last fight was back in March 2019, when he faced Hamza Ngoto for the WBC Muaythai and Lion Fight World title at Capital 1 / Lion Fight 62 in Ireland. He lost the bout via split decision.

Frenchman Hamza Ngoto is one of the most dangerous opponents in the Super-Middleweight division. Having defeated Thongchai for the WBC Muaythai World title at Rajadamnern Stadium in 2018, he has also defended the crown on two occassions.

With just a single defeat in his career, Ngoto has beaten many of the World’s best, including fellow-Frenchman Gaetan Dambo and Jimmy Vienot.

Similar to George Mann, Ngoto towers over opponents in his weight category and the physical similarities between the two would make for an interesting match-up.

Tip: You can access George Mann’s full fight record, biography and fight history by signing up here for just £1.99/month. This will also give you access to over 5,000 other Muay Thai and Kickboxing fighters around the World.

Having spent the last few years competing on the Thai Fight circuit, Kompikart is known as a knockout artist and poses a dangerous threat. Ranked #1 in the WBC Muaythai World rankings, he is one of only four Muay Thai fighters ranked above George Mann.

Did we miss someone? Let us know who you would like to see George Mann face next in the comments on our social media!