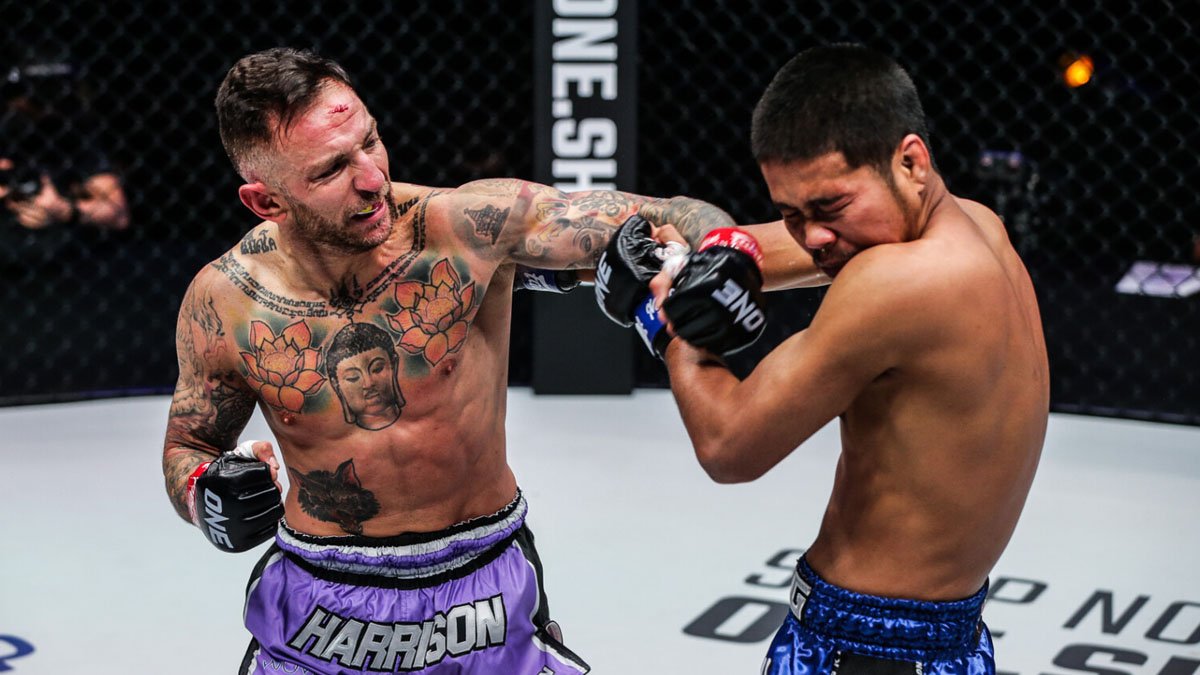 The 26.4lbs leather and gold strap of ONE Championship is the heaviest belt in combat sports. Not only that, but it has become one of the most sought-after titles in MMA, Kickboxing and Muay Thai alike.

Through the short four-year history of the ONE Super Series divisions, only 10 athletes have held the pinnacle prize of ONE Championship Muay Thai gold; 6 of which are from Thailand.

However, over the coming months, three of the UK’s top athletes could have chances to etch their names in ONE Championship history and capture the prestigious title.

Here’s our list of athletes who we think could become ONE Championship Muay Thai World champions in 2022.

The first of which has already been confirmed. Liam Harrison’s first-round stoppage of Muangthai was labelled the “best round in Muay Thai history“. Not only did the performance secure a double-bonus of $100,000, but also earned the Hitman a shot at the champion, Nong-O Gaiyanghadao.

Nong-O is ONE Championship’s longest-serving Muay Thai World champion. He won the title back in February 2019 and has since defended it on five occassions. Since returning to competition under ONE Super Series, Nong-O has gone 8-0 in the promotion.

Nong-O Gaiyanghadao vs Liam Harrison is official, but no date has yet been confirmed by ONE Championship.

Note: The next three are speculation-only based on recent events and performances.

After a two-year wait and two cancelled debuts, the “Pretty Killer”, Iman Barlow, finally made her ONE Championship debut in March 2022. She stormed into Strawweight contention with a blistering first-round elbow stoppage of Daniela Lopez.

Though the inaugural Strawweight Muay Thai title was later contested between Smilla Sundell and Jackie Buntan, many believe Iman Barlow should be next in line for a shot at the crown.

The women’s Strawweight division is becoming competitive. However, it would seem the Pretty Killer is the front-runner when it comes to considering a first title defence for current champion, Smilla Sundell.

The ONE Lightweight Muay Thai (170lbs / 77.1kg) division is another that is yet to crown a champion. Nolan started his ONE Championship journey competing at a lower weight, but since moving up to a more comfortable weight, has looked impressive.

After winning the WBC Muaythai World title against the “Terminator”, Youssef Boughanem, the Knowlesy Academy star returned to ONE with a sensational first-round demolition of Kim Kyung Lock. Meanwhile, Sinsamut Klinmee impressed the ONE matchmakers with a second-round dismissal of Nieky Holzken in March.

With no official athlete rankings at Lightweight, these recent performances would seem the most likely to earn a title shot should ONE Championship inaugurate a Lightweight Muay Thai World title.

Jonathan Haggerty is the only UK Muay Thai fighter to have held a ONE Championship title thus far. The General shocked the World when he defeated former champion, Sam-A Gaiyanghadao back in April 2019. The reign was short-lived, however, as he lost the title in his first defence against Rodtang Jitmuangnon and subsequently lost a rematch.

In a recent unfortunate turn of events, the General was forced to withdraw from the opening round of the ONE Flyweight Muay Thai Grand Prix tournament. This means should Haggerty earn another shot at the champion in future, it will likely come in 2023, after the Grand Prix tournament has been decided.