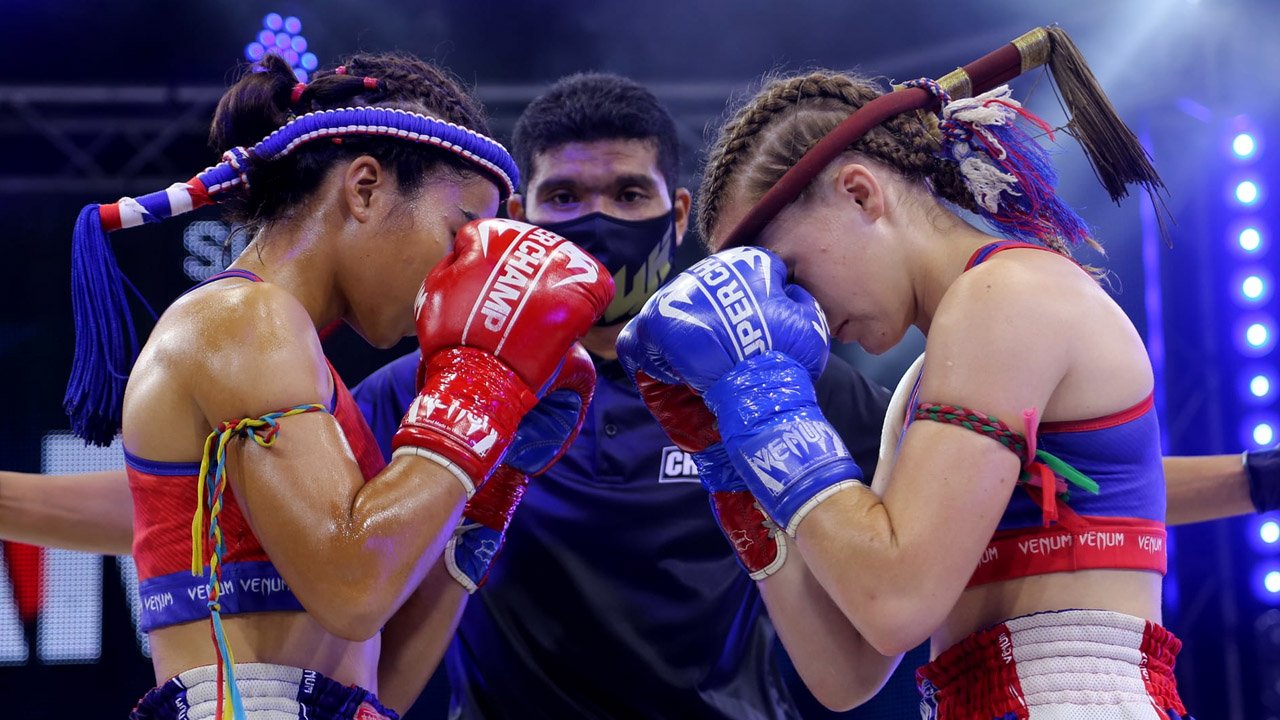 The weekly Thai Channel 8 events have another packed schedule for this weekend, featuring four of the very best female Muay Thai match-ups.

Continuing with their weekly schedule at Patong Stadium in Phuket, both events will feature a pair of female bouts on the seven-bout cards.

She takes on Nina Liamthanawat in a 47.5kg bout scheduled as fight number 3 on the seven fight card.

Immediately after that, Karolina Arm will take on Karaked Por. Muengpetch in a 54kg contest.

This will be a rematch from their bout at Muay Thai Super Champ just three weeks ago, where Karolina defeated Karaked by second round TKO.

The first of which will see Gusjung Fairtex taking on in-form fighter, Desiree Rovira, in a 49kg bout.

The Spanish fighter has won her last four bouts, including a recent TKO victory over Nancy NTSU Yala at Muay Thai Super Champ in November.

And the fourth female bout on Thai Channel 8 this weekend sees Ruslana Vyniavska face Kwankaw JackyGym in a 56.5kg bout.

The Ukranian will be looking to get back in the win column after a points loss to Fahseethong Sitzoraueng in her last bout in October.