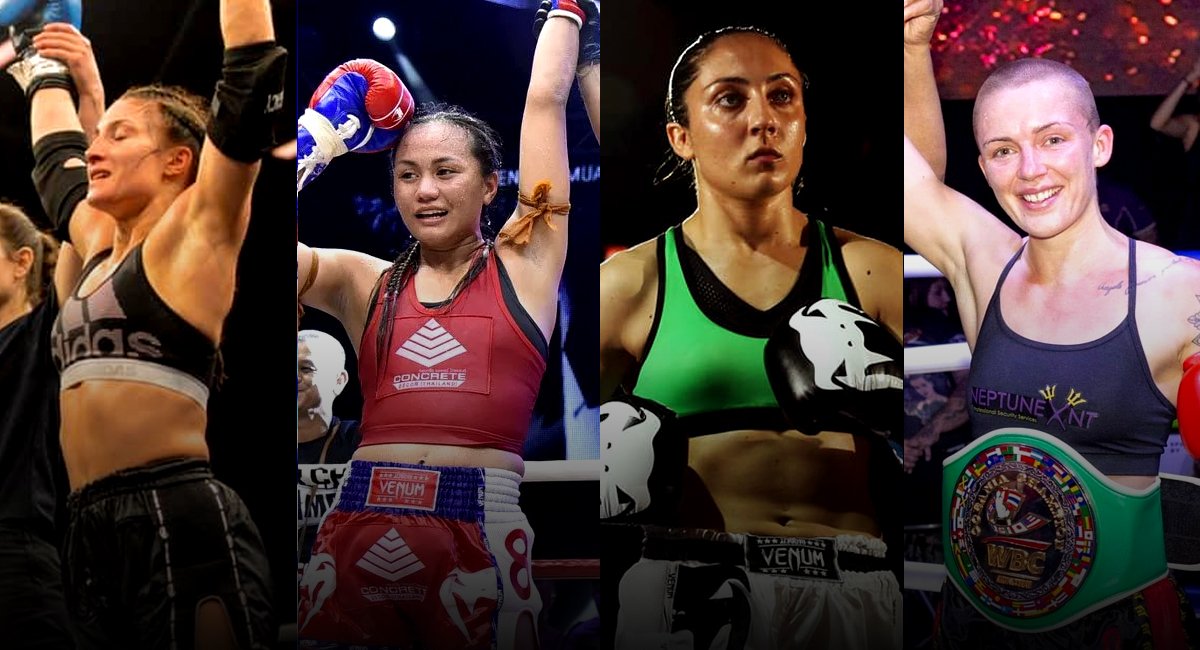 With no less than 10 Muay Thai events taking place around the World this coming weekend, we’ve picked out 4 of the top female Muay Thai fights you should be watching.

Sveva, also a 2018 ISKA Muay Thai World champion, has just a single defeat in her 26 fight career, losing her WBC Muaythai strap to the UK’s Ruth Ashdown in 2016.

As Swedish domestic bouts go, this one is up there with some of the best female fights to make right now. Emma Öhlund took a silver medal in her first Swedish national championships earlier this year, losing out to Erica Björnestrand which was her first career defeat.

Sara Matsson, a worthy opponent in the 63.5kg division, has been representing the Swedish national team for the past few years. Earning bronze at the 2019 IFMA World Championships and 2018 IFMA European Championships.

If you’re a fan of Female Muay Thai, these two will need little introduction. Brooke Farrell, an Australian fighter now living in Thailand and training out of Powerhouse Phuket, is best known for her fights against notable opponents such as Sawsing Sor.Sopit, Alma Juniku, Iman Barlow, and a recent ONE Championship debut against Wondergirl Fairtex.

Here opponent this weekend, Nongbew Tor.Thepsutin, is a Thailand champion, having recently beaten Brazilian Muay Thai fighter Mariana Scombatti at OrTorGor.3 Stadium. She has been on a formidable win-streak in 2020, and also holds recent wins over Jada Ketley and Teresa Wintermyr.

Swedish sensation Smilla Sundell, fresh off a huge knockout win over Pornpan Por.Muengpetch, will face her toughest test to date this coming Sunday when she takes on Sawsing Sor.Sopit at Muay Thai Super Champ.

The young star from Fairtex Training Centre in Pattaya is one of the greatest female Muay Thai prospects and holds a whopping 67% stoppage rate from her 30 career wins.

Other notable female Muay Thai fighters in action this weekend in Thailand and other parts of the World include Maha Fadili, Marie Heinz, Natalie Hills and more.