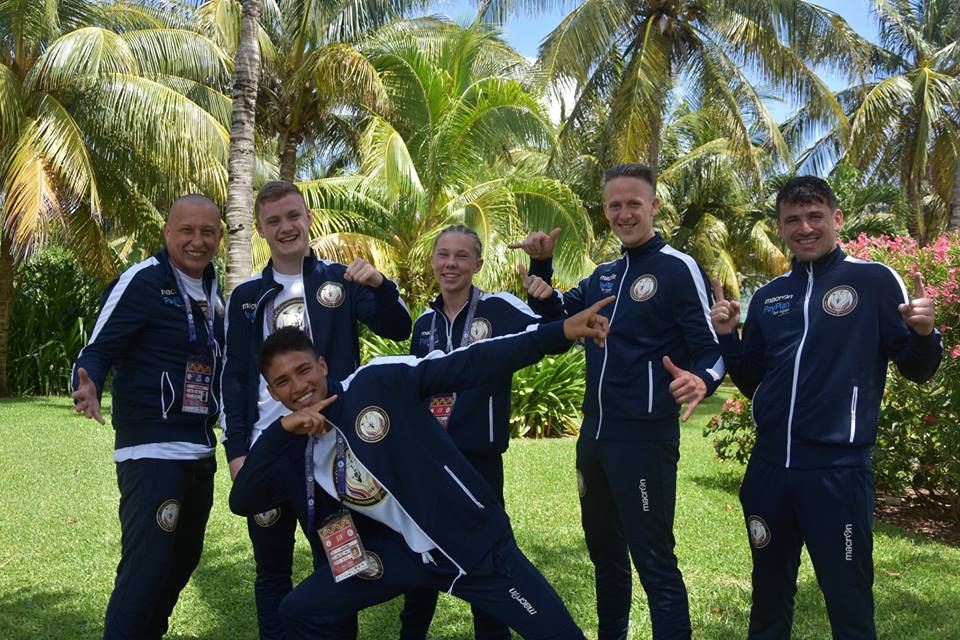 Last week saw the UK get behind their fighters in Cancun, Mexico at the International Federation of Muaythai Amateur (IFMA) World Championships. The UK has some of the best talents in the world. This was apparent when it came to competing in the world renown tournament because of the results that they delivered.

Liam McGrandles, Natty Dodds, Leigh Newton and Michael Bradbury all flew out to Mexico last week to prepare for fighting multiple times in the tournament with the view to bring a medal back home. To be able to say they were able to get as far as they did is an amazing achievement.

With all of the fighters who went, every single one of them was able to fight their way to a spot on the podium. Natty Dodds fought in the B-Class category, as did Liam McGrandles and Michael Bradbury. The level of competition at this tournament is crazy. With the likes of Andrei Kulebin and Komsan “Yodwicha” Tantakhob fought it out in the A-Class Elite final.

Team GB was able to perform on such a monumentally massive stage and everyone who was back home was showing support on the various live streams that the IFMA has available. Leigh Newton was competing in the A-Class elite level, competing with the best in the world, Newton was able to battle her way to success and achieve a massive feat by bringing home a bronze medal.

Natty Dodds was able to solidify himself a silver medal. Liam McGrandles and Michael Bradbury both got bronze in the B-Cass category. To send a team of 4 fighters and for each of them to come away with a medal definitely shows the talent that we have available in the UK.

Fight Record would love to congratulate all of Team GB in the massive success in this week passed. You all did a fantastic job representing the UK on the world stage and we are sure that the juniors, who are set to go to Bangkok in August to fight in the IFMA Junior World Championships.

The UKMF are going from strength to strength and are being able to send a bigger and bigger team each year. It just goes to show that ‘amateur’ Muaythai is definitely for everyone, even the elite level professionals in the country. Getting behind our fighters and sending the best possible team we can is imperative to success and with the support of everyone involved in the Muaythai community, the trials and Team GB will only get better and better!

Craig Jose, who is acting president for the UKMF was quoted on social media saying: “Team GB done an amazing job representing the UK and UKMF. I am extremely happy for them. A small group of talented individuals who have all come away from the experience with a medal, new friends, new fans and memories of a lifetime. It was fantastic to see the support for them from the UK thaiboxing community. The UKMF is proud to be able to provide opportunities for its members to participate in IFMA events”

Well done everyone involved, Tommy Collins and Henry Cleminson for looking after the team. Natty, Liam, Michael and Leigh for doing an amazing job, you should all be very proud of yourselves. The UKMF for giving everyone the opportunity to compete. Finally, to everyone in the Muaythai community who showed support to our fighters in Mexico.

Excited for the juniors in August now!