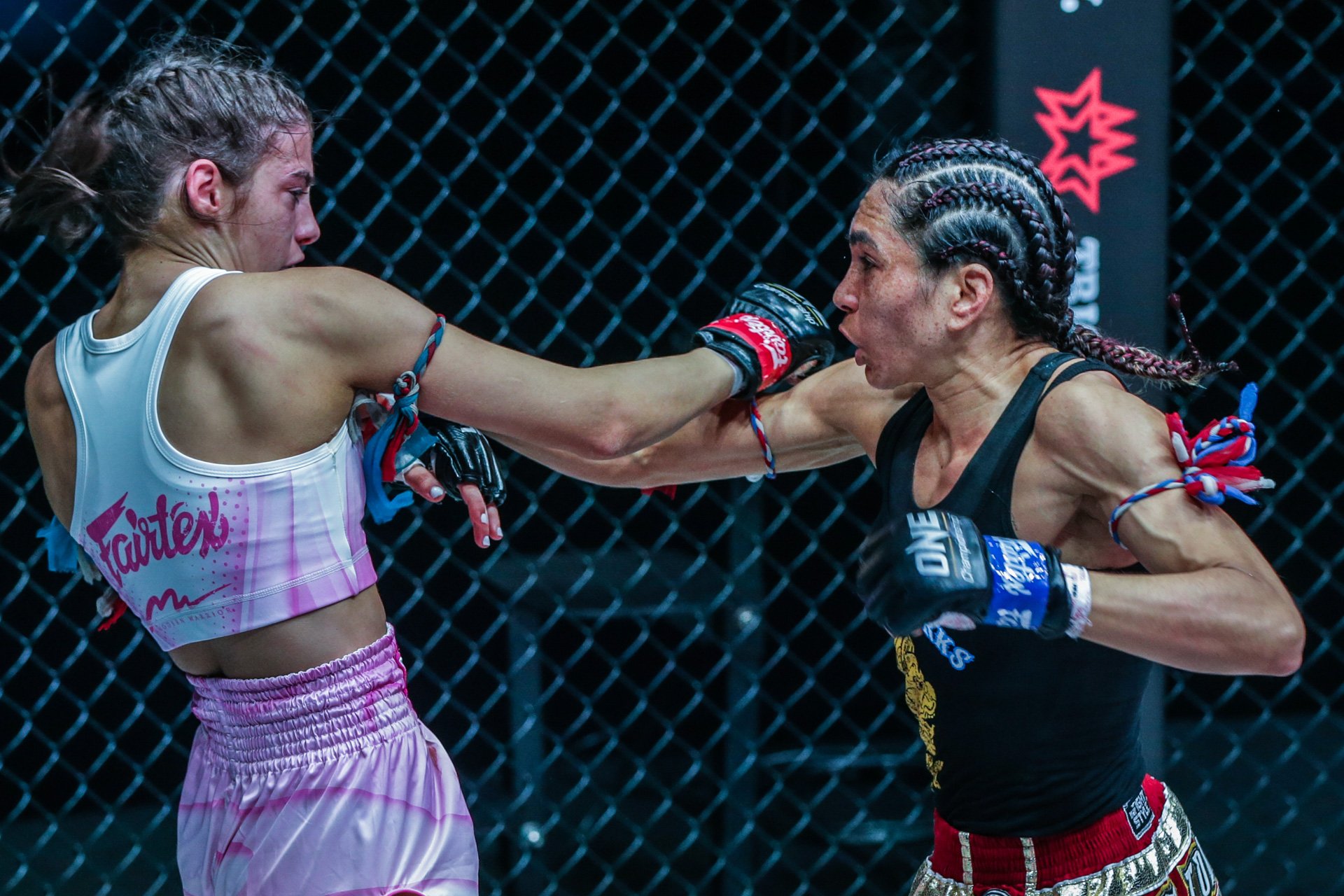 On Friday 19th March, Janet Todd faced Alma Juniku in a fierce female Muay Thai fight. The American, Todd, knocked Juniku down with a heavy punch combination on her way to a unanimous points victory at ONE: Fists of Fury 3.

After a successful return to Muay Thai rules, the current ONE Atomweight Kickboxing World champion admitted she is looking for a shot at the Atomweight Muay Thai title and become a two-sport World champion. But who should she face next?

Current ONE Atomweight Muay Thai World champion, Allycia Rodrigues, recently announced her pregnancy. It is likely therefore that she will vacate her title in the coming months, however nothing has been confirmed from official ONE Championship sources yet.

With that said, could we see the divisions other female fighters battle it out for the potential vacant Atomweight belt in the near future? If so, has Janet Todd earned her right as one of the contestants to fight for the title and who should she face?

Could we see a trilogy bout between Stamp Fairtex and Janet Todd for the ONE Atomweight Muay Thai World title in 2021?

This is the fight every combat sports fan is wishing for. The former GLORY Kickboxing champion, Anissa Meksen, signed with ONE Championship in late 2020 but is yet to make her debut.

Known as one of the greatest female Muay Thai and Kickboxing fighters of all time, should she get a shot at the ONE Atomweight World title against Janet Todd in her Super Series debut?

Tough Norwegian fighter Anne Line Hogstad impressed in her debut last year when she defeated Alma Juniku. Currently ranked at #3 in the female Atomweight Muay Thai rankings, she could be one of the next in line for a shot at the tite.

The only fighter on our list who isn’t in the ONE rankings, but is worthy of a run at the title nevertheless. Marie Ruumet impressed with her technical clinch work in her debut against Little Tiger back in August and has the ability to challenge any other female in the Atomweight division.

Have we missed someone? Let us know in the comments on our social media who you think Janet Todd should face in her next Muay Thai bout!