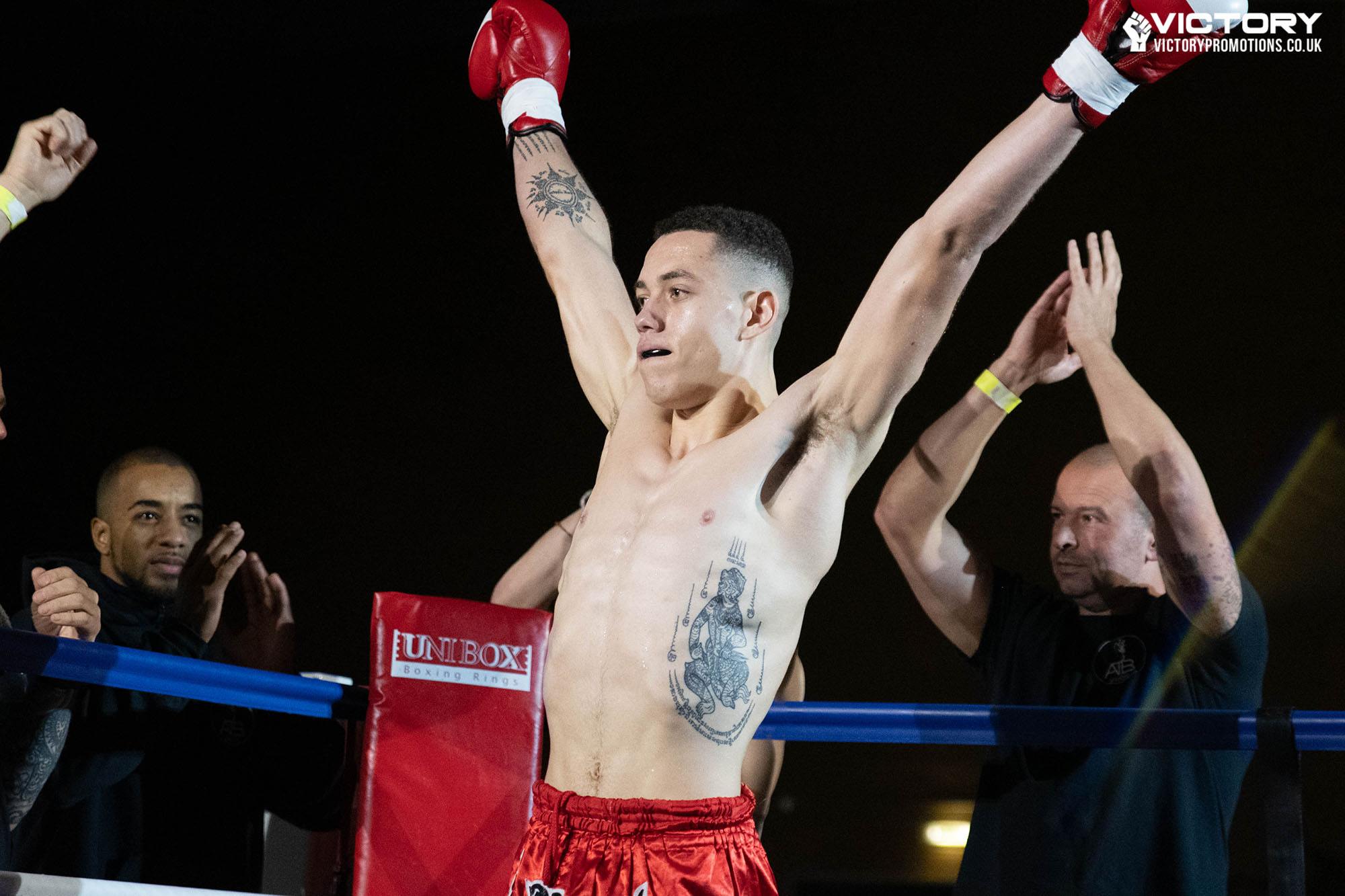 The UK Muay Thai scene is a hot bed of talent at the moment, with many upcoming fighters ready to stamp their authority in their respective weight divisions and climb their way up the domestic rankings.

We take a look at just a handful of British talent currently unranked, but with the talent shown over the last twelve-months, could potentially break into the Top 10 Thai Fighter UK rankings in 2020.

The Aireborough Thai Boxing fighter, Ellis Cook, has shown all the makings of a future star in the last twelve-months.

With a stoppage win at Rawai Stadium in Thailand earlier this year, Ellis ended the 2019 by beating Michael Macfarlane, who was on an eight-fight unbeaten streak until the two met at VICTORY 5 two-weeks ago.

The London-based Italian fighter, Amro Ghanem, suffered a bit of a setback mid-way through 2019. After stepping up to B-Class and taking wins at MTGP 24 and MTGP 28 earlier this year, he suffered a shoulder injury which kept him out of action for months.

The ‘Handsome Killer’, who trains out of Team Tieu, defied the doctors advice and recovered much quicker than expected from his injury, returning to face Jason Ohara at Raw & Ready in Manchester last week where he took a points win to remain unbeaten.

If you follow Muay Thai, this young man will need no introduction. The Team GB star, David Sinclair, won gold at the Baltic Muay Thai Open in Lithuania early this year in his first adult tournament and is 6-1-1 in his last eight bouts since September last year.

Having recently beaten another highly-rated youngster in Paul Morris at VICTORY 5 two-weeks ago, the Griphouse prodigy looks set to continue his rise to the top with with another active year in 2020.

With 3 wins from 3 in 2019, the Light-Heavyweight fighter from Harrogate, Ciaran Smith, has been on a rampage of late.

Beating the talented Charlie Simpson at Victory IV twelve-months ago, Smith has gone on to take other big names such as John Wiggans, Oswald Paprocki and most recently former-ranked fighter Charlie O’Neill at Roar Combat League 16.

With the notable wins under his belt, expect to see Ciaran face some ranked opposition on the big stage in 2020.

In a stacked Lightweight division with many active fighters, Breslin faces a tough task in climbing the rankings but has shown all the signs of a future star ready to challenge the best in the UK.