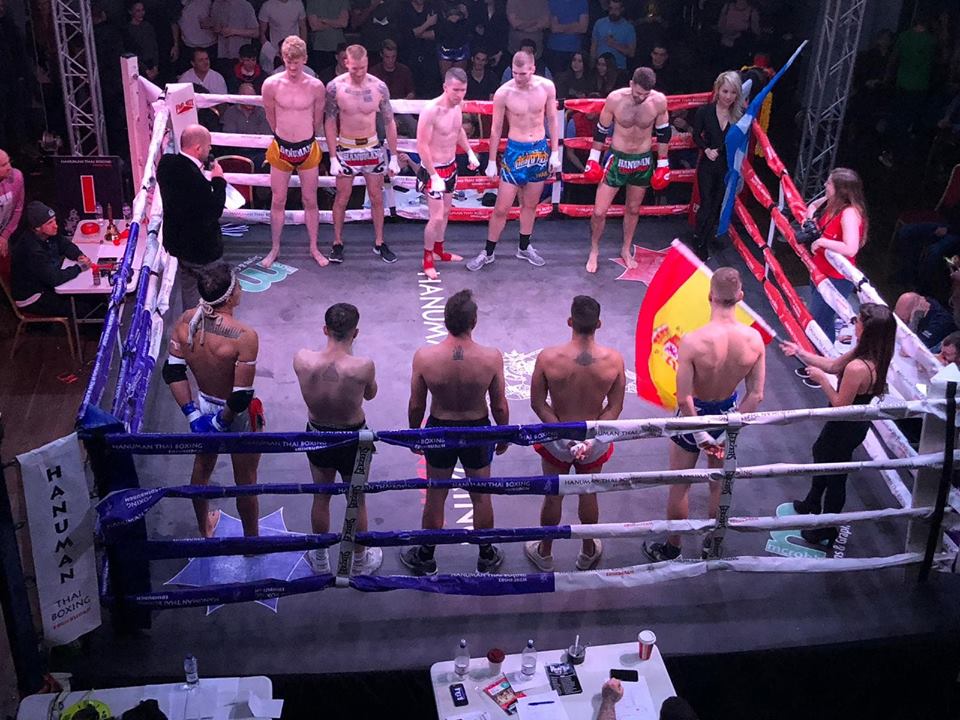 This weekend saw 4 events spanning the British island take place. With a crazy amount of talent on display, many a bell was ringing, egos damaged, and new champions crowned. Muay Thai Grand Prix/KGP took place with the top of the bill being Hannah Brady take on a formidable opponent, Iman Barlow.

Both girls went through the mill on Saturday with Barlow doing enough to retain her MTGP title “This is what it’s all about. Muay Thai – Inside the ring it’s war. Outside the ring respect to those that have the same dreams. Hannah Brady, the best for your future,” shared Iman with a picture of both looking accomplished.

We also saw Thai Style and Fortitudo deliver a night of Saturday Showdown which saw Jack Maguire step up against John Kaufman. With Maguire taking the win and the WTKA title away with him, he said, “We got the win last night, I had a very tough fight against John Kaufman in Liverpool. I’m not happy with my performance and I know I can fight a lot better than I did last night. I will learn as always and come back better. 3 fights in 2 weeks, 3 wins!! My next fight in 3 weeks against a good awkward opponent from a good gym!”

“This is what it’s all about. Muay Thai – Inside the ring it’s war. Outside the ring respect to those that have the same dreams.”

Scotland vs Spain took place, not on the football pitch but in Edinburgh at Muay Thai Jam IX. With five bouts matched internationally, three of which went to the Scottish and the other two went back with the Spaniards. Eddie Gill is who will be fighting on Victory Promotions in 4 weeks time, got chance to blow away the ring rust and added a valuable win before December.

I will learn as always and come back better. 3 fights in 2 weeks, 3 wins!!

There was also Roar Combat League 11 with Rob Allen who was top of the bill and fighting for the Roar European title. Fought a tough fight over 5 rounds but unfortunately, the decision didn’t go his way on the night. “Win, lose or draw there is no greater feeling!!” Allen took to social to share his feelings about the fight.

Liam McGrandles, who is also fighting on Victory Promotions in December, secured retention of his British title on Roar Combat League too, against opponent Cezary Zuga.

If that wasn’t enough action for you there was also fists of fury up in Ayr, which saw David ‘The Tattooed Assassin’ Ferguson take on Josh Young. Josh took the win on Saturday, leaving Ferguson to recoop and return to the ring to reclaim that feeling of the win again!