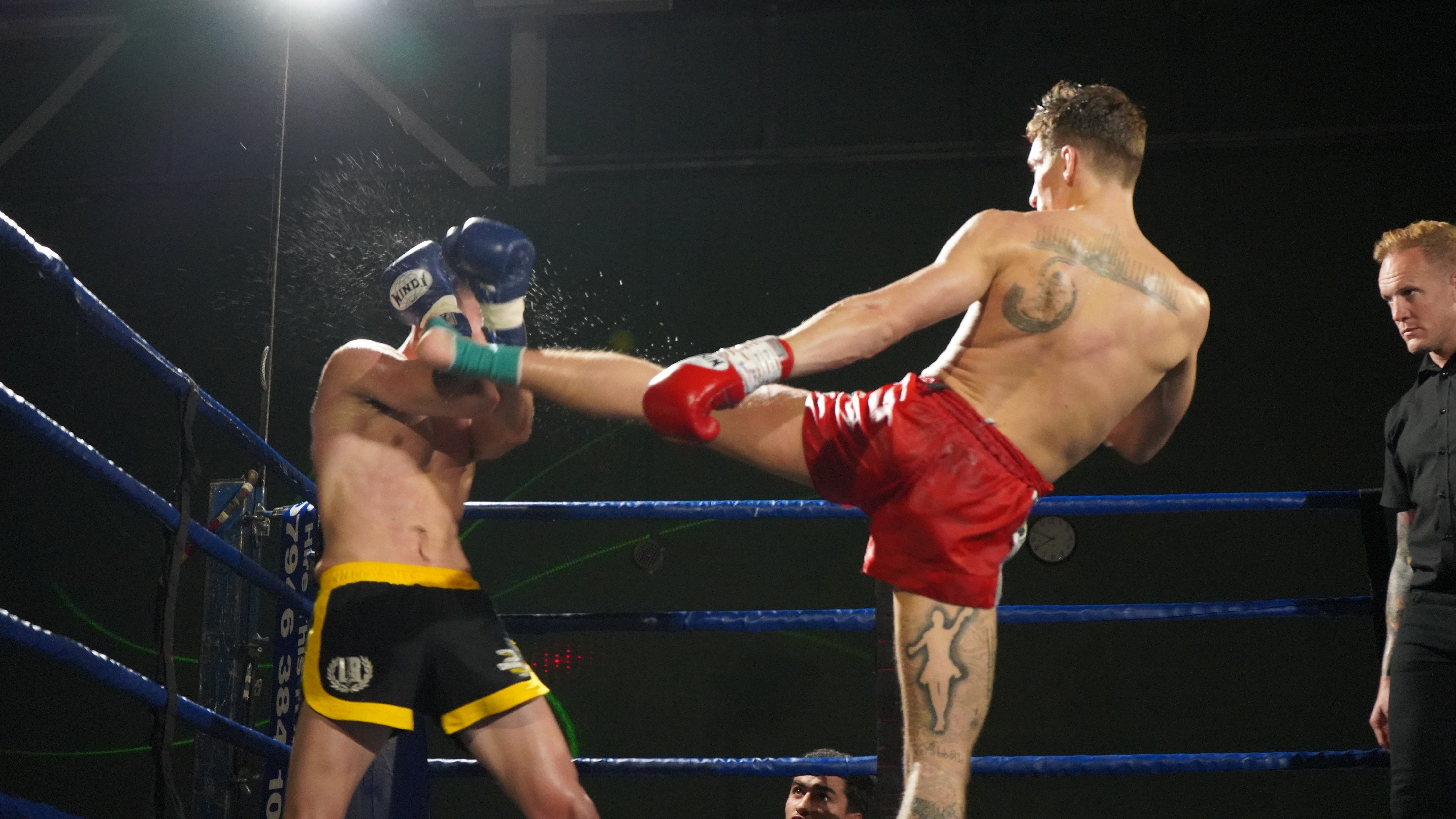 After numerous changes to the fight card on the build up, promoter Craig Floan said the sixth edition of The Blitz looked like it wasn’t going to live up to the expectations of previous shows.

Despite that, the fight card finally came together nicely and all fighters from the opening bout through to the main event put on a quality display of Muay Thai talent for the 800+ crowd in attendance at the On-X in Linwood.

Glasgow Thai Boxing Academy had no less than six of their fighters lined-up for their home show, with Mark Macbeth, Andy Maguire and Craig Maguire all taking wins over opponents from Northern Kings gym on the undercard.

In the featured bout of the undercard, GTBA’s youngter James MacDonald was up against another rising talent in Ryan MacMillan. The GTBA fighter started strong with a fast pace, but he fatigued in the later rounds and MacMillan edged out a split decision to win the STBA Cadet title.

After the interval, Nico Carrillo returned to The Blitz home show after missing out due to injury last year. He took on Joao Francisco of Team Dinamite in Portugal.

After taking some visible punishment to his left leg, Nico smartly switched to southpaw for the remainder of the fight and grinded out a unanimous decision win in an entertaining bout.

In the main event of the night, Stephen Irvine faced the flamboyant Portugese striker Fred Cordiero.

Having fought numerous opponents in the UK over the years, Cordiero has been renowned for his highlight reel spinning kick KO’s, and his crowd-pleasing style was on display again last night.

He caught Irvine clean with a spinning head kick in the later rounds, but the GTBA fighter bounced straight back and was able to use his height advantage, quick counters and clinch to take away the unanimous decision win, becoming the first UK fighter to beat the Portugese star.

After the bout, Irvine took to the mic to thank the crowd in attendance and show respect to his opponent, and called out Cordiero’s team-mate Rui Botelho, who is currently signed to the ONE Championship roster.