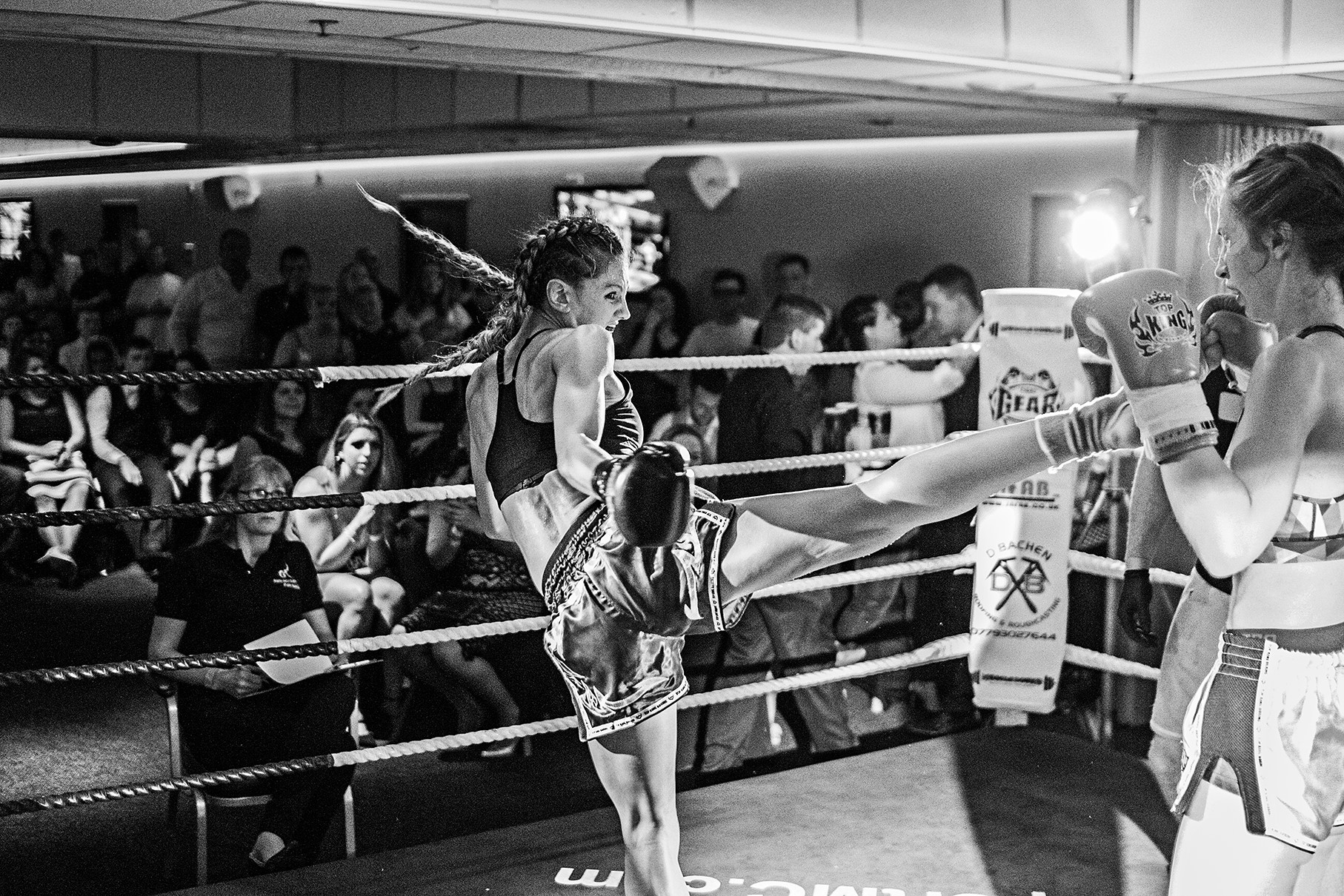 Judy Humber, of Aberdeen Combat Centre, started training Muay Thai around two years ago through the ACC’s Beginner-to-Winner course; an intensive 12-week course offered by experienced coaches such as Keith Middleton, with the option of taking part in Interclub’s and going onto compete after completion of the course.

This was the same course Judy’s team-mate Lewis Hanratty joined, who is now unbeaten in four fights.

Since completing the course, Judy has had three fights. She won the first two against Chloe MacInnes and Gemma Leigh Horrors back in 2017 and then lost her most recent against Louise Robinson of Frank’s Gym at the RAMA show back in February last year.

The ACC fighter, who also plays football for Cover Rangers Ladies, had planned to have five or six fights booked in before end of 2018. However, at the end of March, she suffered a fractured skull during a collision of heads in a football match.

“I managed to fracture my skull in a clash of heads in a game at the end of March. I had a brain injury and needed surgery. I had eight screws and a metal plate to put me back together.”

Judy added, “That put me out of action for a bit but I got back to training quick as I could! I’m trying to train around the injury, so I’m just doing everything I can other than head contact so I don’t fall too far behind to make a comeback!”

After slowly getting back into training, she went to Thailand for the first time in September last year where she trained for three-weeks in Phuket.

“I have my big scan coming up in two-weeks which will hopefully clear me for head contact again. If all goes well, I’m aiming to be back to full contact and fighting again before summer this year.”

The Fight Record team would like to wish Judy all the best in her recovery and look forward to seeing her back in the ring very soon!

You can view Judy’s full fighter record and profile here. If you would like to get your fighter profile and get featured on our website and social media channels, you can submit your fighter information on this form.