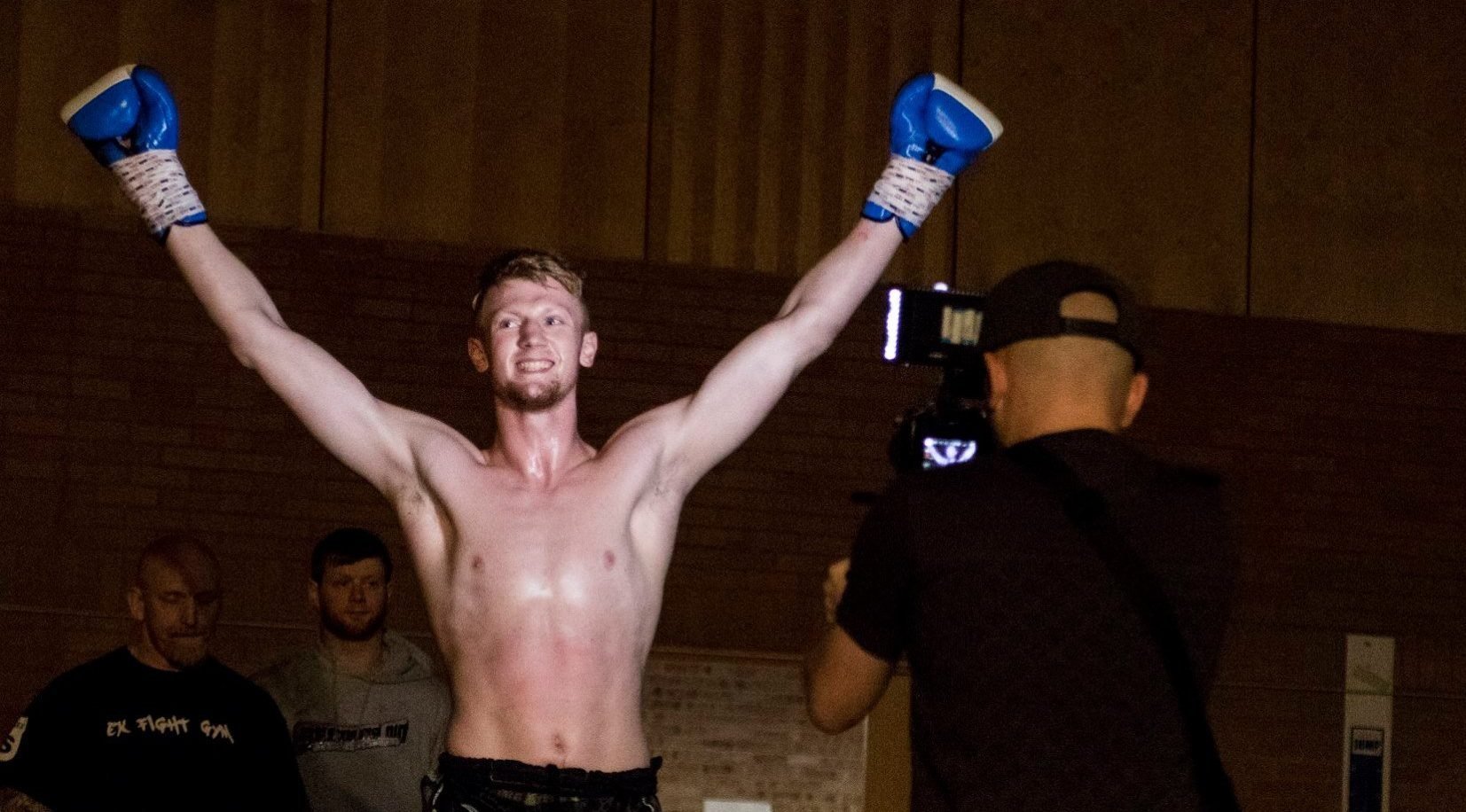 Last night, Scottish rising star Alex MacGregor grinded out a unanimous points win over Alex Akimov in the main event at Rumble in the Bay 5 in Fife, Scotland.

Having spent the majority of the last few years travelling to and from Thailand, training at Sutai Muay Thai with fellow Scotsman Craig Dickson amongst other places, MacGregor has amassed over 30 professional fights in his young career and has gone from strength-to-strength.

Having returned from Thailand again at the end of 2018, MacGregor, now training out of Hanuman Thai Boxing in Edinburgh, has claimed three straight wins on UK soil after beating adopted Irishman Alex Akimov last night.

We spoke with the Scotsman to get his thoughts on the fight and talk about what’s next for him;

Alex: “I just want to say that Akimov had a very strong heart and never once stepped back.

“He caught me with a few solid shots and gave a good go with his hands and chopped a few low kicks into my legs, but I kept the distance with peeps and kept slamming kicks into his arms and mid-rift.

“I fight next in Spain on 13th July and then plan on going back to Thailand soon where I will be in Bangkok fighting out of Kiatphontip, although that isn’t 100% yet.”