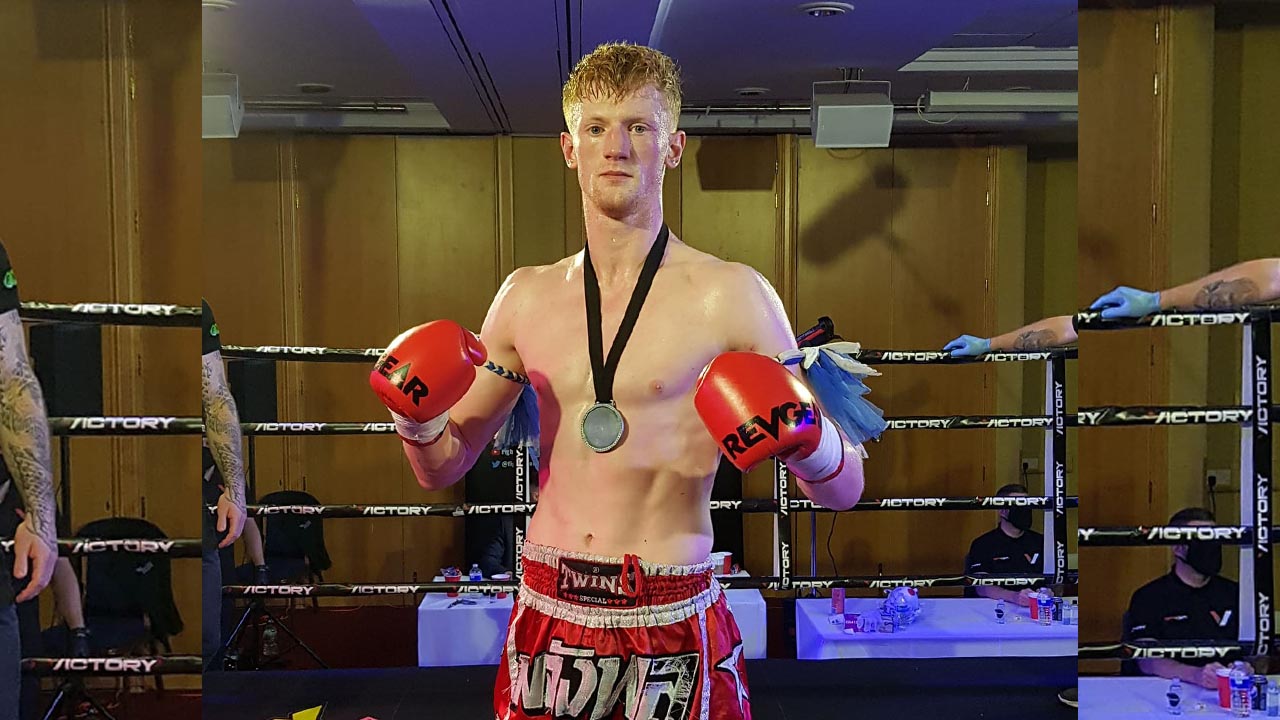 Victory Promotions returned for a live stream pay-per-view double-event this past Saturday and Sunday.

One of the featured bouts on the card saw Thai Fighter UK Super-Welterweight #1, Jack Cooper, defend his crown against Scotsman Alex MacGregor.

MacGregor had been chasing a chance to fight for the UK top spot ever since his victory over Niall Brown at YOKKAO 37 in March 2019.

However, after Alex MacGregor decided to move back to to his preferred weight of 69.8kg, he finally got his opportunity when he faced Jack Cooper at VICTORY 7 this past weekend.

In the early rounds, the evident that MacGregor’s tall frame and aggressive forward style was causing problems.

However, Cooper, in his trademark style, evaded his opponents attacks with his tricky lean-back’s and footwork.

Cooper also found success in his punching, landing some heavy, clean strikes which pushed MacGregor back.

In the fourth round, the pressure became more evident though, as MacGregor continued to walk in and land heavy knees to the body.

Did you know?
When viewing fighter profiles, you can click the name of the fighters gym to view all other fighters from the same gym. Sign-up to get your access.

Dropping Cooper for an eight-count, MacGregor then finished the bout with more devastating knees which Cooper couldn’t recover from.

The WMO Muay Thai, one of the World’s leading and respected Muay Thai organisations, also promoted MacGregor in their World rankings.