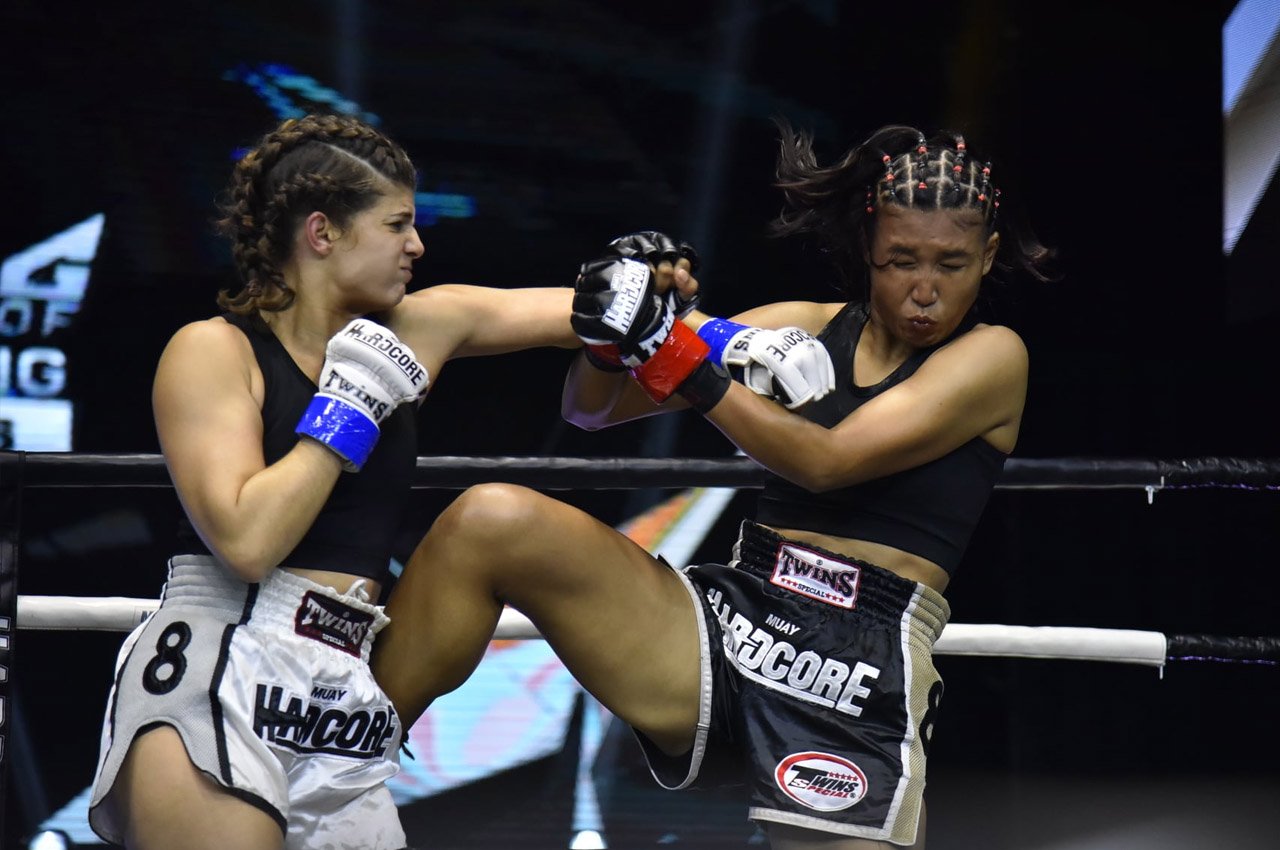 The growth of female Muay Thai continues at a rapid pace, both inside Thailand and other parts of the World.

With the introduction of all-female Muay Thai event ‘Lady Fighter’, the ladies are gaining more and more publicity in Thailand.

Recently, Lumpinee Stadium was also reported to be considering the addition of female Muay Thai fights in the coming months.

With that said, we take a look at a busy Muay Thai schedule this week, which includes a total of 16 female Muay Thai bouts taking place around the World.

To date, the weekly events on Thai Channel 8 have been considered the biggest stage in the World for female Muay Thai.

The weekly Thai Channel 8 events are set to host another two female bouts each at this weeks shows.

Swedish champions Johanna Persson, Angela Mamic and Emma Stonegård are all in action this weekend.

The female Muay Thai fight between Taylor McClatchie and Angela Whitley is billed as the co-main event at Lion Fight 65 this Friday.

The pair will clash for the inaugural Lion Fight Women’s North American championship.

As well as the 11 above, their will also be a further list of 5 female Muay Thai fights taking place on Sunday’s ‘Lady Fighter’. The full fight card and bouts will follow.

Did we miss any? Let us know in the comments below!