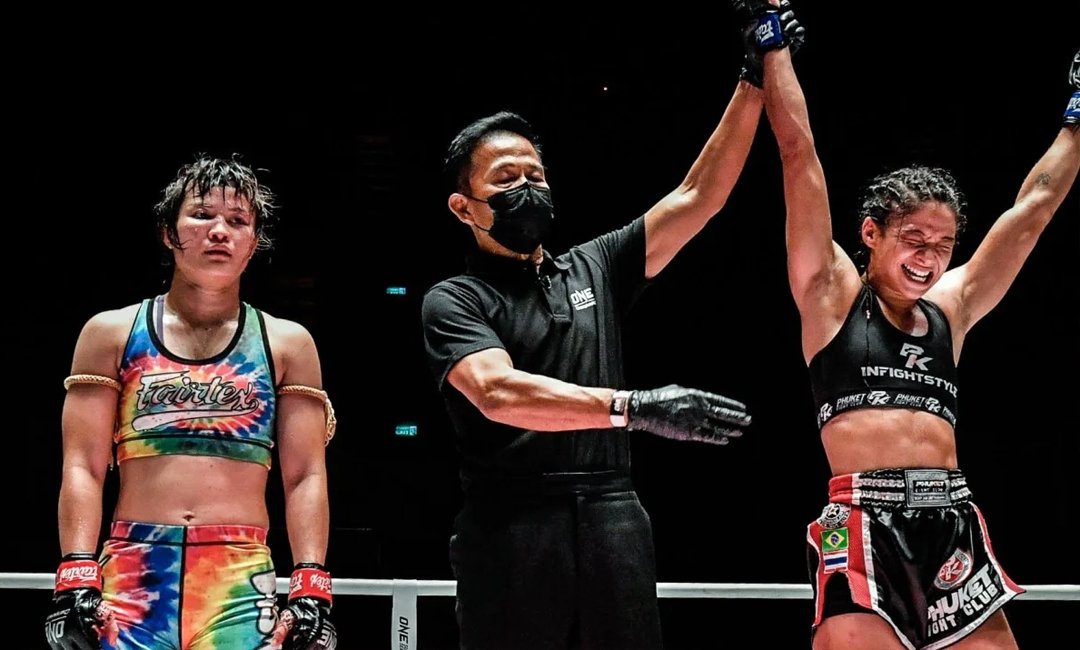 After a slow start in the opening rounds, the Brasilian Allycia Rodrigues found her strange against the more active Stamp Fairtex. Controlling the distance with push kicks and stepping in with some liver shots.

Stamp Fairtex was visibly slowing in the fourth as Allycia found more success with her striking and as they continued into the fifth round, Stamp’s tank appeared to run empty as Allycia tee’d off with more teeps and combinations to finish the fight strong and take the points victory.