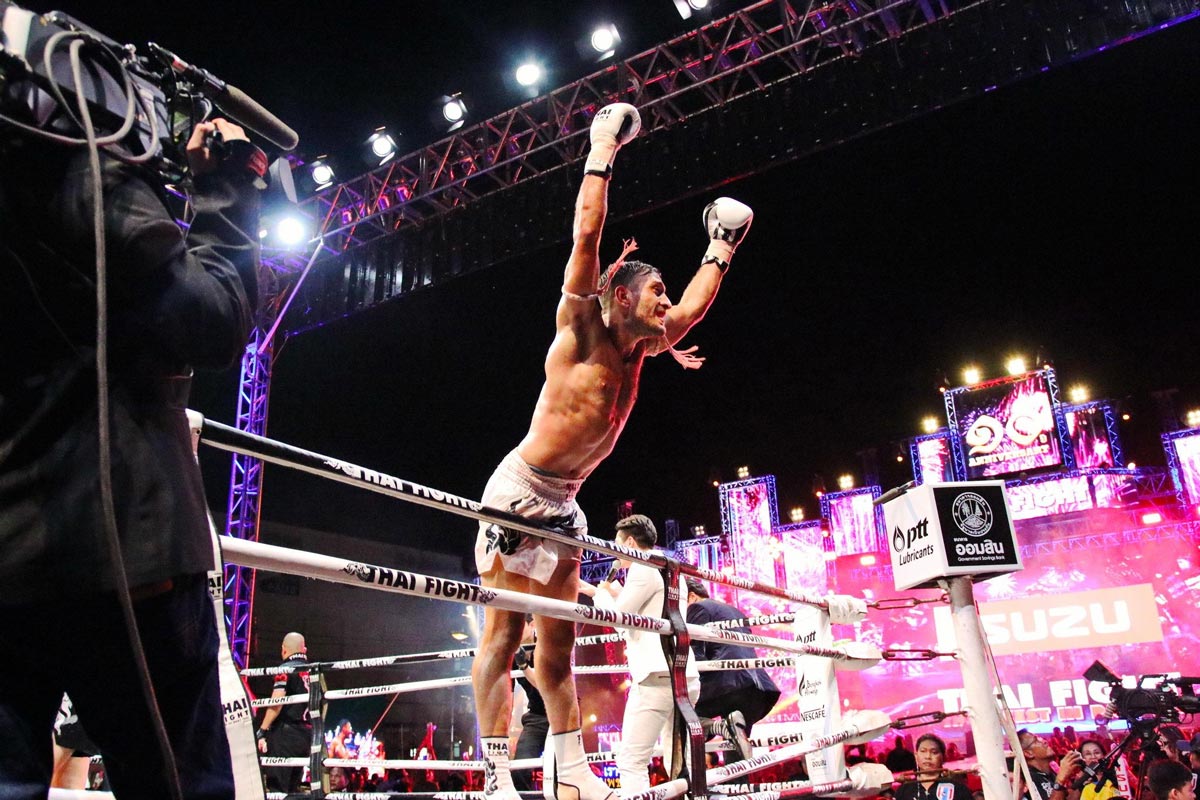 If you’re a Muaythai purist, Amir Naseri will need little introduction. The Malaysian star has fought the who’s-who on the international scene, he’s the current Omnoi Stadium champion and recently won the 2019 King’s Cup on Thai Fight in Patong last week.

We spoke to the WBC Muaythai Lightweight World ranked #3, who trains at Tiger Muay Thai in Phuket, to get more details about his background and how he got to where he is today.

Amir: “I was about 13-years-old when I found a Muaythai gym not far from my school in Kuala Lumpur. I was a bit of a trouble maker when I was a little boy, so I was interested in learning to fight.”

Which gym did you start training at and what was it like there?

“It was a good gym, they taught me some good striking basics, however it was more of a K-1 style gym, and after I got to a certain level, I knew if I wanted to get better, I needed to go and learn from the Thai’s.”

When did you move to Thailand and why?

Amir: “When I first started training in Malaysia, the only fights we could get were Pro fights by the Thai border in Kelantan.

“There they would give you way more experienced opponents if you were a foreigner. So from the start, I was fighting guys who had 20, 30, 40 fights, and that made me think I was very good, until I met my first legit Thai opponent who had over 200 fights.

“In that fight my opponent outclassed me in the clinch and sweeped me a lot. Althought I tried my best to stop him with elbows, it wasn’t enough and my eighth professional fight ended in my first defeat.

“That loss really opened my eyes to how much learning I had ahead of me and how important it is for me to go to Thailand and learn from the Thai’s to get better, and so in 2012 I started travelling to Thailand for fight camps.”

What is training like for you in Thailand now compared to previously training back home?

Amir: “In 2014 I signed with Tiger Muay Thai in Phuket and that changed things a lot for me. There is a huge range of classes here and so I started interpreting many other routines into my daily training that I never did before.

“Now, I have a proper strength training program, different styles of yoga sessions throughout the day and of course typical Thai style Muaythai training.”

What is it about Muaythai you enjoy the most?

Amir: “Through Muaythai, I have met some incredible people, and not only that, but people I meet for the first time we have a special connection right away thanks to Muaythai.

“I love being able to sit on the chair backstage chatting with my opponent, cracking jokes with each other right before being called on stage, getting in the ring smashing each other and as the bell rings we bow down and show nothing but respect for each other.

“You can only experience this through Muaythai, unlike MMA or Boxing.”

Do you have a message from someone who may want to follow in your footsteps?

Amir: “If I was to give some advice, I’d say don’t be scared to dream big because dreams become reality.

“When I was young I used to watch all these famous Thai fighters like Saenchai on YouTube fighting in the big stadiums in Bangkok. At that time my dream was to be able to one day go to these stadiums and watch these superstars in person. I never thought I’d be fighting Saenchai later in my career and becoming an Omnoi Stadium champion!

“So dream big, you never know what tomorrow brings. Your craziest dream can become reality if you work hard for it.”