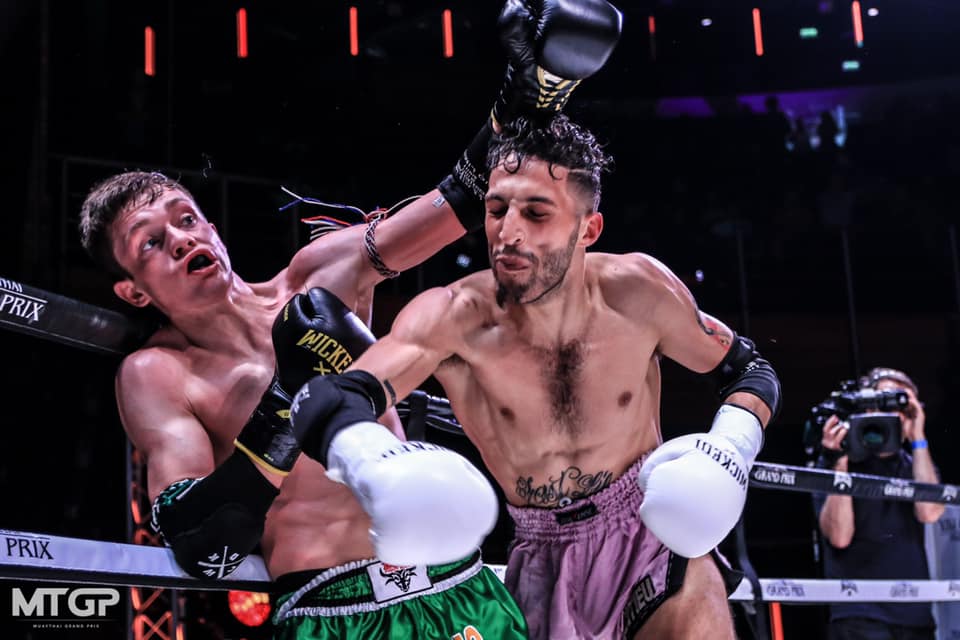 With the win, the Team Tieu talented Lightweight fighter has gone nine unbeaten in his young career, including four at MTGP in just the last 12-months.

We spoke to the ‘Handsome Killer’ Ghanem to reflect on his win and find out what’s next for him.

How do you feel the fight went for you and are you happy with your overall performance?

Amro: “I feel like the fight went quite well for me. The plan was to work on new things, I’m new to elbows, so I was trying to set them up during clinching instead of just turning or throwing my opponent on the floor.

You’ll never be 100% happy with a performance because there is always things to work on, but overall I think it was an entertaining fight for the crowd and that’s what matters.”

You’re on a strong win streak – how are you feeling about your fight career so far?

Amro: “I’m happy with my record so far. I’m so blessed to be part of a such amazing, strong, solid team. They behind me every day, Team Tieu is one of the best teams in the UK without a doubt and Phillip Tieu is a master in what he does.

What’s next for you and where do you see your fight career going?

Amro: “I have a surgery booked on August 14th as I tore the ligaments in my left shoulder 4-years-ago, and ever since then I have fought with 3/4 of my body, not being able to fight 100% is annoying.

“If you watch my fights, I hardly throw hard jabs or powerful hooks, not because I don’t like them, it’s is because all I can rely on is my right arm. I need to get my shoulder fixed so I can finally come back and finish what I’ve started.

“I’m looking forward to the future, it looks very bright. The big dream is to be signed by ONE Championship one day. Sooner or later it will happen; I PROMISE.