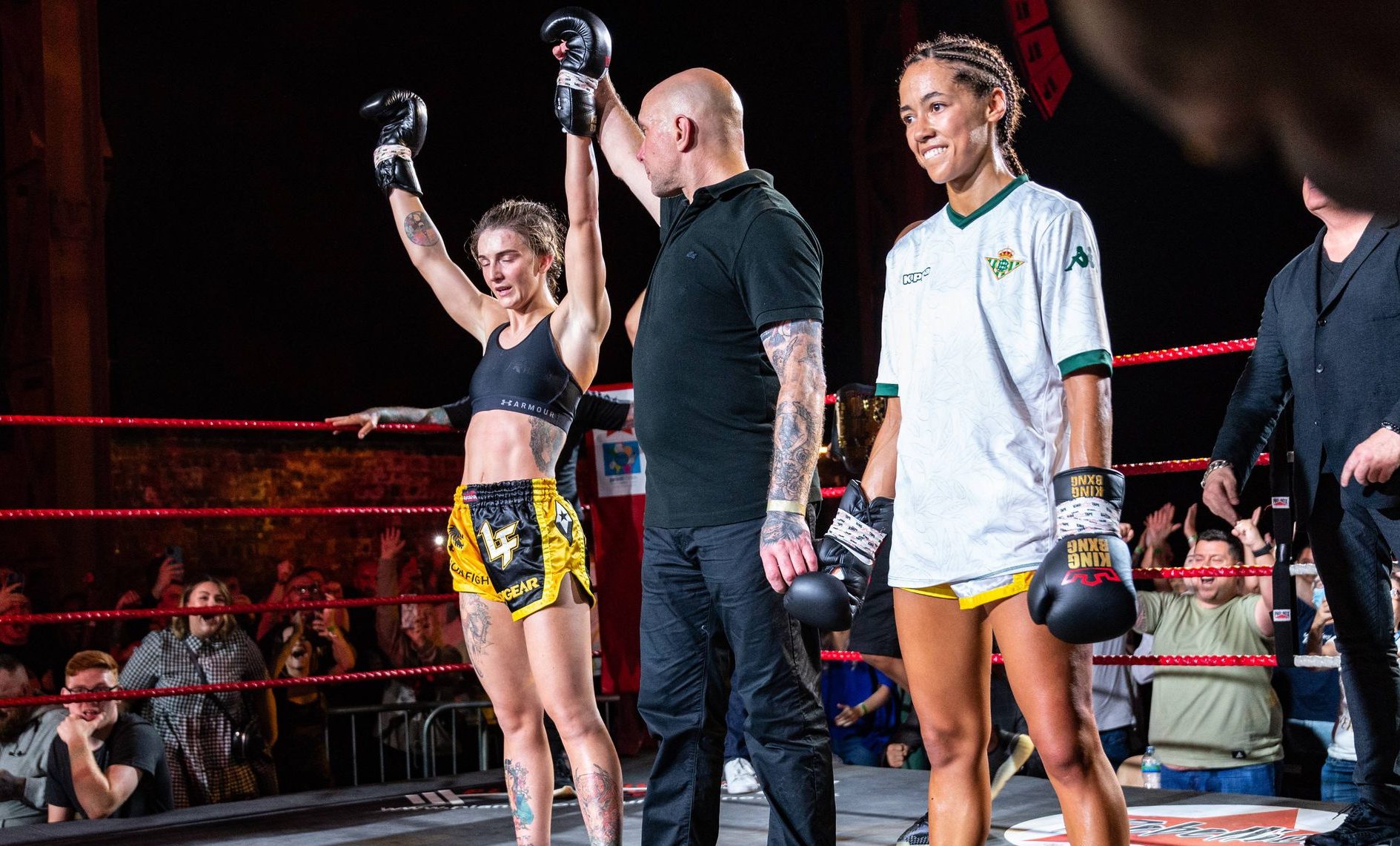 The fighting pride of Glasgow, Amy Pirnie, stepped up to defend her LION FIGHT World title for a second time this weekend.

Though she started the opening round strong, the home favourite seemed to tire quickly as the fight progressed through the early rounds.

A back and forth battle saw Lara Fernandez find some success with kicks, knocking the defending champion back against the ropes.

Engaging in kicking exchanges and clinch battles, the pair fought out an incredibly entertaining contest.

After five exciting rounds of Muay Thai action, a razor close split decision was awarded in favour of Amy Pirnie.

The bout was later awarded ‘Fight of the Night’.

Full fight highlights and exclusive content from Amy Pirnie vs Lara Fernandez and much more from Lion Fight 68 Glasgow will be available on our YouTube channel imminently.