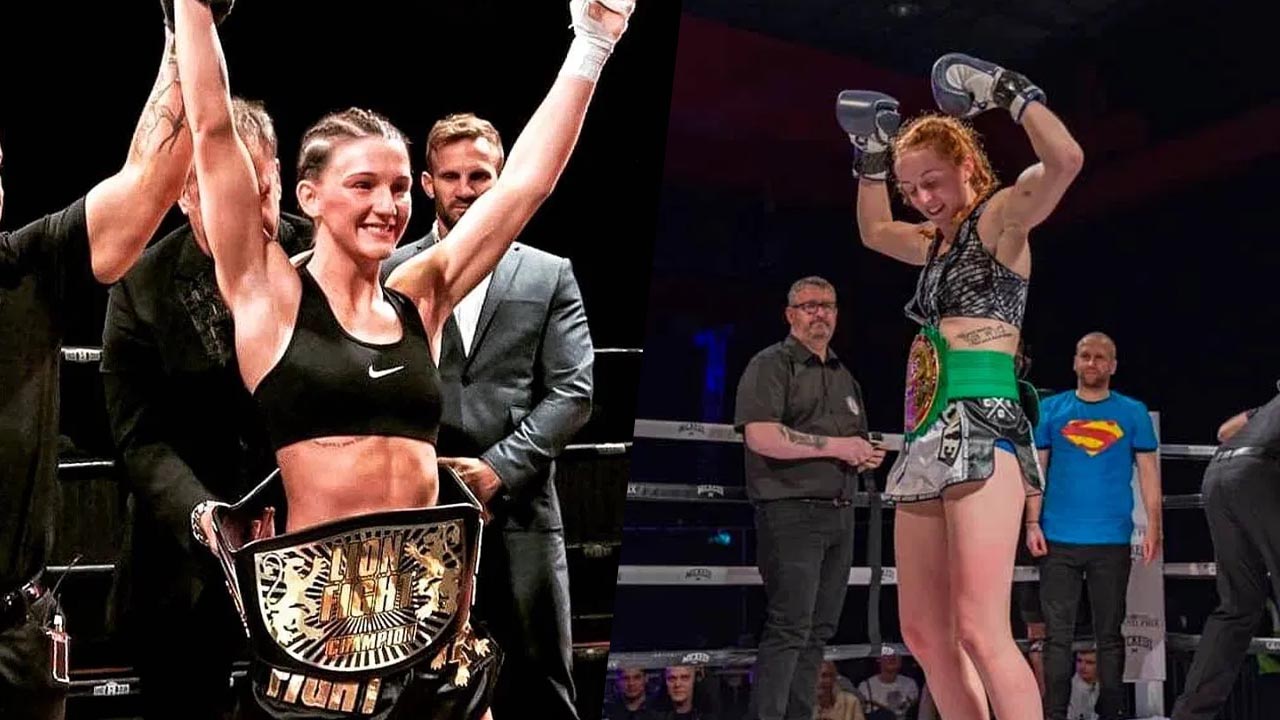 In the official announcement, Lion Fight published a statement saying Dani Fall would be next in line to face the current Lion Fight Super-Flyweight World champion, Amy Pirnie.

Pirnie, known as one of the greatest pound-for-pound female Muay Thai fighters in the World today, won the Lion Fight World title back in April 2019. The Scottish Muay Thai athlete showed her strength and power, overwhelming her Swedish opponent Sandra Godvik, taking a first-round stoppage win.

Later in the year, Amy Pirnie would defend her Lion Fight World title against Lommanee Wor.Santai at Lion Fight 59 in Gothenburg, Sweden. In a comfortable bout, Pirnie eased to a five-round points victory over Lommanee, who is known as one of the World’s best female fighters.

The latest addition to the Lion Fight roster will see Pirnie make a second defence of her Lion Fight World title in an all-British female Muay Thai clash with Dani Fall.

Fall, a 2019 IFMA World Championship silver-medallist, will be no easy feat for her Scottish counterpart. 2019 was also a huge year for the WBC Muaythai World ranked #6 Flyweight.

In early 2019, she had defeated current UK #1 ranked Flyweight, Rhona Walker, in a bout under amateur rules at the Team GB trials. In April she earned what was her biggest accolade at the time, defeating Aline Seiberth for the WBC Muaythai European title.

She then carried her momentum into the early part of 2020 where she defeated Elisabetta Solinas for the WBC Muaythai International title at MTGP 34 in Wolverhampton.

Dani Fall and Amy Pirnie were scheduled to meet at YOKKAO 32 back in October 2018. Matched at 50kg, Pirnie was set to defend her UK #1 spot, however after suffering an injury in training, the bout fell through.

Now signed to one of the biggest Muay Thai promotions in the World, Dani Fall looks certain to get an opportunity to fight for the Lion Fight World title against her fellow-Brit.

She’s [Dani] is looking forward to working with Lion Fight and the opportunity to challenge the very best fighters in the World on an amazing stage.

With Lion Fight striking a deal to air six European events live on UFC Fight Pass in 2021, Amy Pirnie vs Dani Fall could be streamed Worldwide on one of the biggest stages of them all.