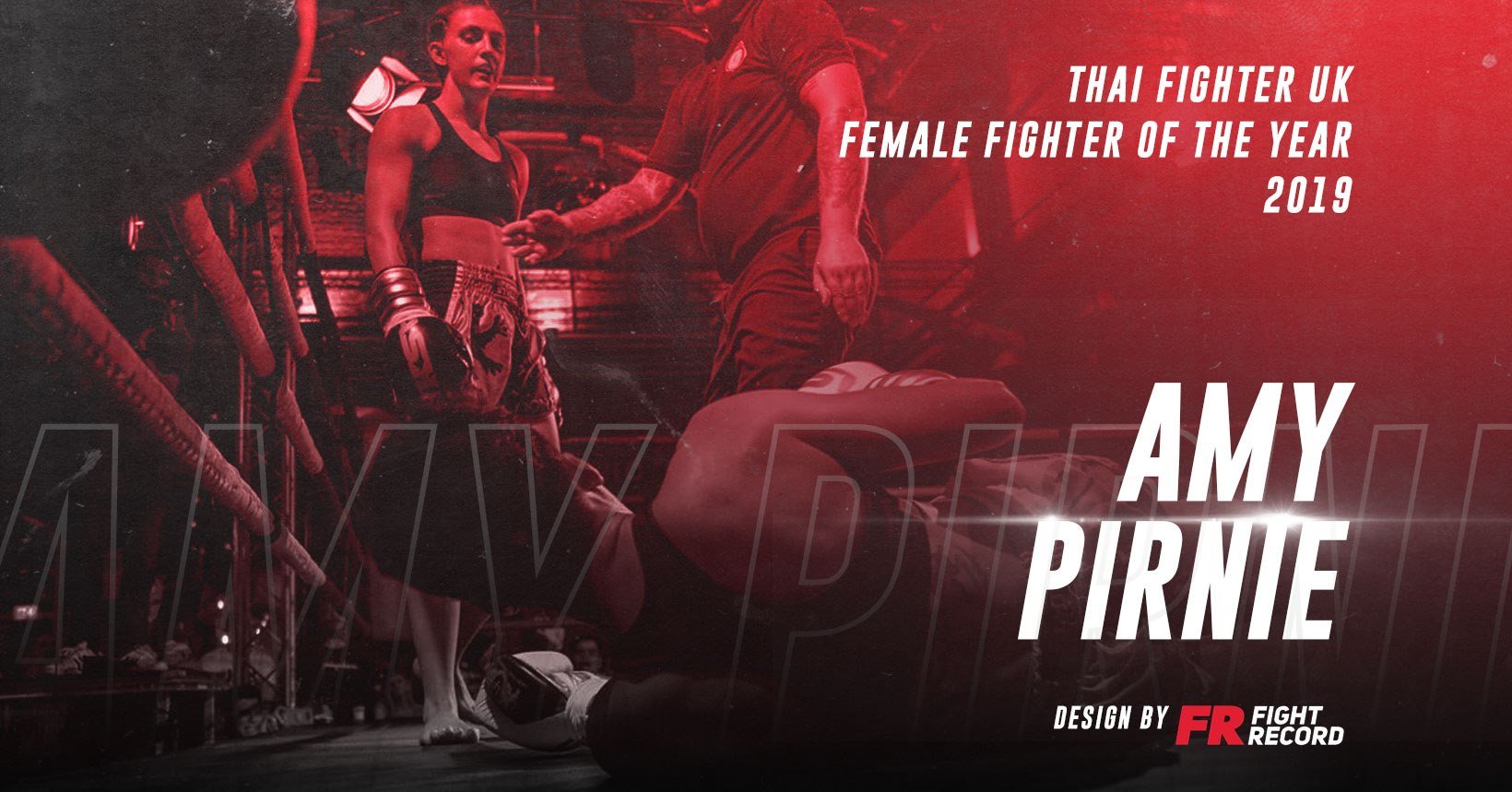 After winning the domestic accolade twice previously in 2015 and 2016, Amy Pirnie has claimed a third title as Thai Fighter UK Female Fighter of the Year for 2019.

The Scottish star has gone 5-0 in 2019 and has picked up two World titles as well as two World title defences, and competed each bout in five different countries Worldwide.

After an Enfusion World title win in Italy back in March, Pirnie then went onto claim the Lion Fight World title with a first round stoppage win over Sweden’s Sandra Godvik in the USA.

Pirnie then returned home to the UK where she beat one of Europe’s most current active female fighters in Cindy Silvestre with a third round stoppage at Blackpool Rebellion.

At the end of August, Pirnie then travelled to Gothenburg in Sweden for arguably one of her toughest fights to date. She successfully defended her Lion Fight crown against Lommannee Wor Santai, cementing her spot as one of the best pound-for-pound female fighters in the World.