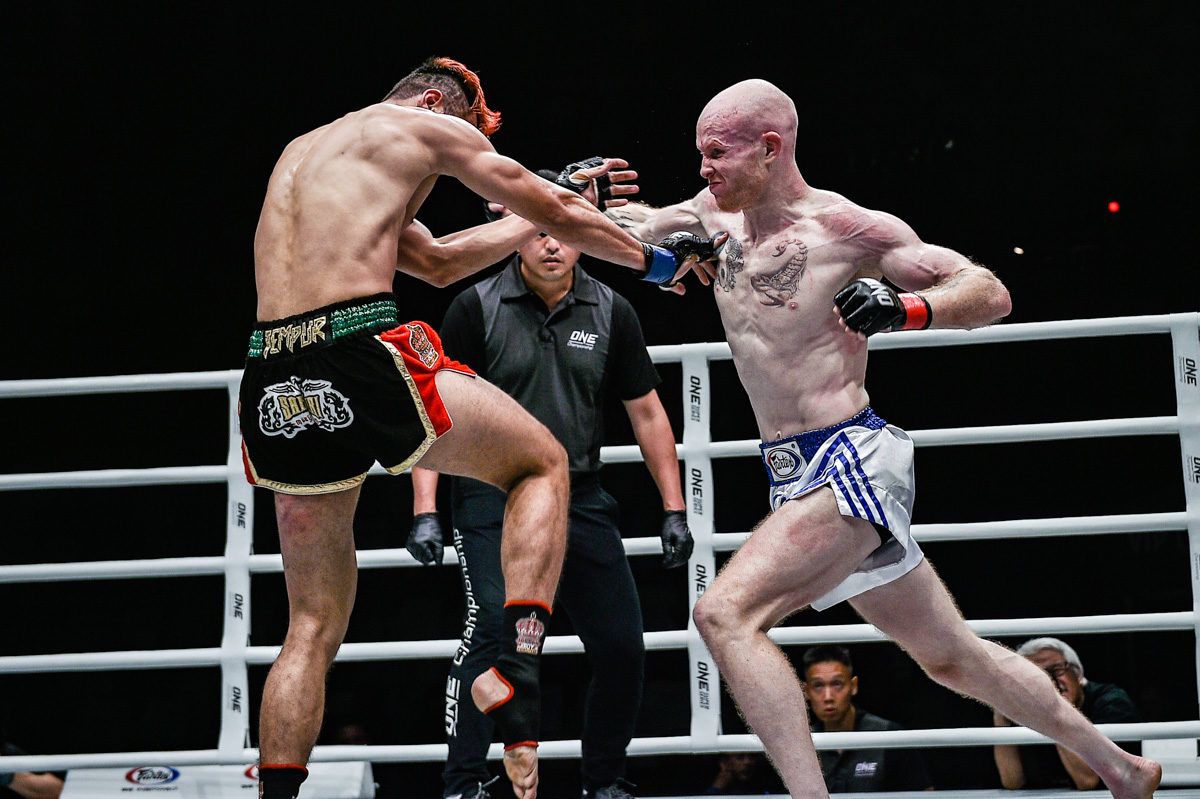 This Saturday, Andrew Miller will make his third appearance in the ONE circle when he faces Han Zi Hao at ONE: Legendary Quest in Shanghai, China.

After a loss to Russian Alaverdi Ramazanov in his ONE Championship debut, the Scotsman Andrew Miller returned to face ‘Jordan Boy’ Mohammed Bin Mahmoud in Jakarta, Indonesia.

‘Mad Dog’ Miller knocked Bin Mahmoud down twice on his way to a dominant points win over the 23-year-old Malaysian and is confident of continuing the good form when he faces China’s Han Zi Hao in Shanghai this weekend.

“I’m looking forward to the fight with Han Zi Hao”, Miller told us. “I’ve watched a few of his fights and I think it will be a good scrap.”

“I see Han Zi Hao as a better version of Mahmoud”, he continued. “He has better boxing and kicks, but again he doesn’t block low-kicks or clinch well.”

When asked about how he is feeling after his recent win and his upcoming opportunity against former title challenger Han Zi Hao, Miller responded;

“I’m feeling great after the win against Mahmoud. I got my first win on ONE and got the ball rolling.

“This opportunity is massive with Han Zi Hao coming off a title shot against Nong-O Gaiyanghadao, and when I win it puts me right up there in the mix with the big boys. I won’t blow this chance!”

You can see Andrew Miller face Han Zi Hao at ONE: Legendary Quest in Shanghai, China LIVE and FREE on the ONE SuperApp from 10am BST, Saturday 15th June.