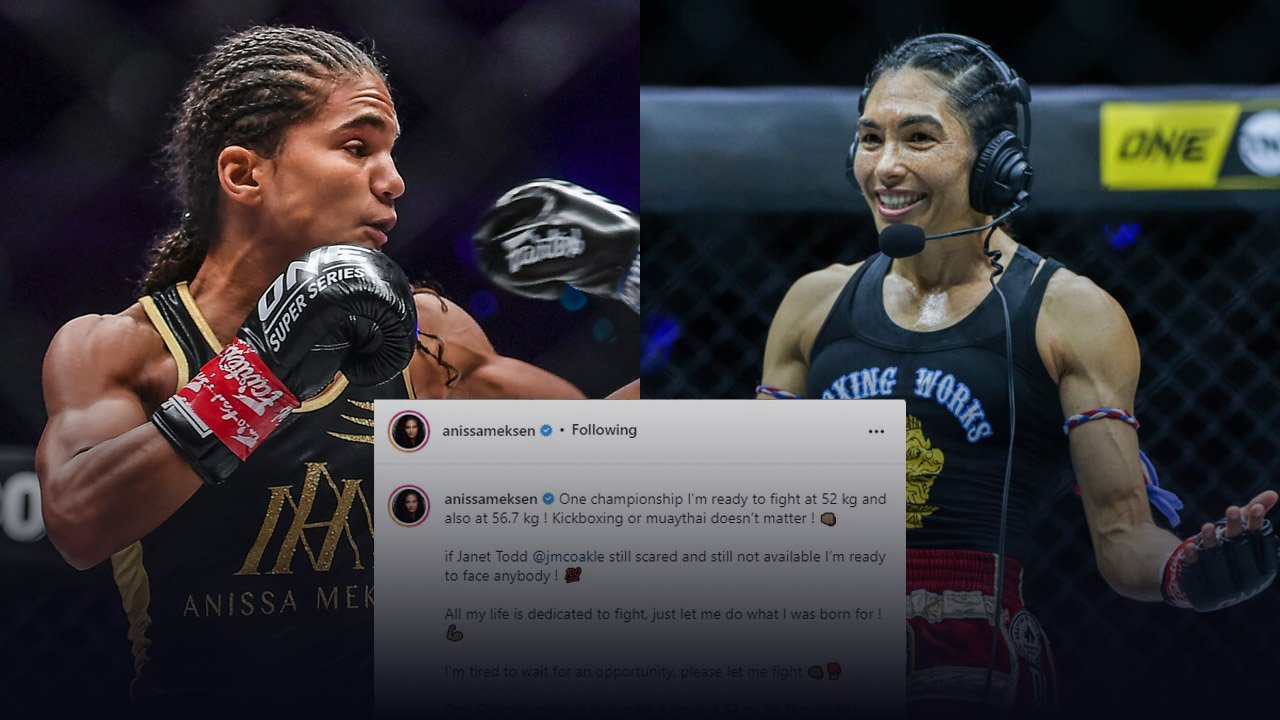 Top pound for pound female Kickboxing and Muay Thai star, Anissa Meksen, recently posted on her Instagram, telling ONE Championship she is ready to face anyone at Atomweight or Strawweight, under Kickboxing or Muaythai rules.

The former GLORY Kickboxing World champion, who is known as one of the greatest female fighters in the World, made her long awaited ONE Championship debut on the all-female event at ONE: EMPOWER back in September, when she defeated Spanish fighter, Cristina Morales, via second round knockout.

Before her debut in September, Meksen told Fight Record she wants to make history in ONE Championship.

Although we’ve seen Stamp Fairtex become a two sport World champion when she won both the Kickboxing and Muay Thai World titles, Anissa Meksen wants to go even further and win both titles in two different weight categories.

She has made no secret that her first step is to challenge the current Atomweight Kickboxing World champion, Janet Todd, who won the title from Stamp Fairtex back in February 2020.

Since then, Todd has beaten both Alma Juniku and Anne Line Hogstad under Muay Thai rules, and is now on an active six fight win streak.

Do you think Anissa Meksen should challenge Janet Todd for the Atomweight Kickboxing World title next?

Or could we see a bout against current Atomweight Muay Thai World champion, Allycia Rodriguez, who is returning to full fitness after a maternity break.

At Strawweight, there are also many challengers waiting for their shot at the inaugural women’s world title, including Janet Todd’s team mate, Jackie Buntan, as well as others such as Iman Barlow, Viktoria Lipianska, Amber Kitchen, Supergirl and more.