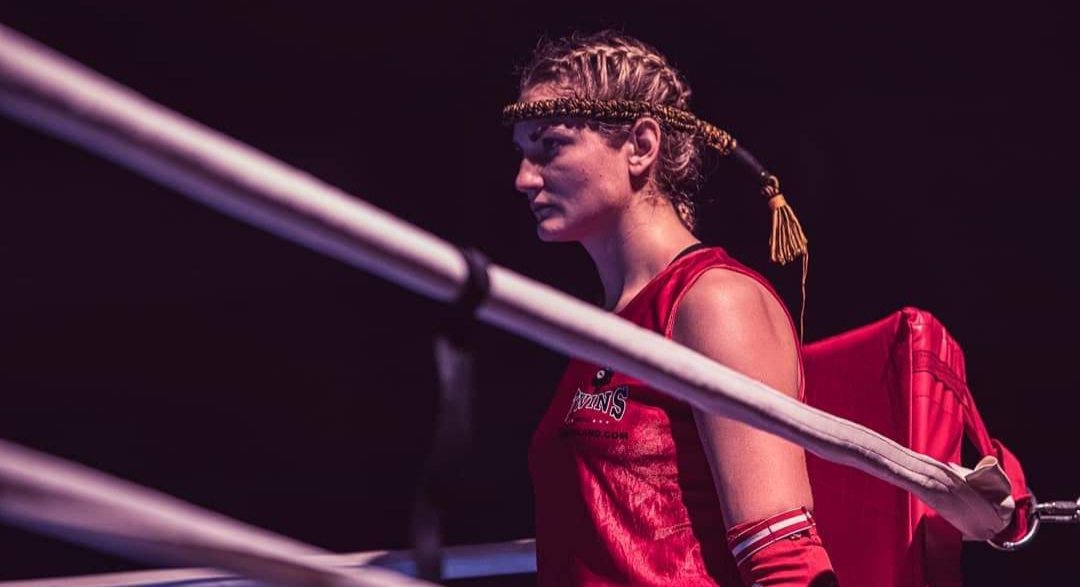 Amongst the Finnish athletes competing across the three-day national tournament was two-time Finnish champion Anna Rantanen, who claimed a third title and earned her right to represent her country once again at this year’s IFMA Championships.

“It’s an awesome feeling to be Champion again and be able to represent Finland’s National Team!”, Anna told us.

Yesterday news broke that the three-time Finnish Champion and ISKA World Champion, Anna Rantanen, was selected by a panel of Finnish sports journalist as the best Thai boxer in 2019, appearing in a star-studded list of top Finland athletes who won the accolade for their given sport.

“It was a big surprise!”, Anna said, “I didn’t expect it at all. It’s a really big honor to be named amongst many famous athletes. It’s really good for the sport that Thai boxing become more and more popular in Finland and gets more visibility in the media.”

After beating Sweden’s Angela Mamic to the gold medal at the 2019 IFMA World Championships in the summer, Rantanen then lost a semi-final bout to her Swedish counterpart at the 2019 European Championships.

The Finland star beat Russia’s Anna Tarasova for the ISKA World Title at Total Fight Night IV, with the Russian eventually going on to win the European Championships a month later.

We asked Anna what she thought about the prospect of facing either of her previous opponents in the 2020 IFMA Championships.

Subscribers can click here to visit Anna Rantanen’s fighter profile and view his fight record and previous opponents and results in his fight history.

“Both Angela Mamic and Anna Tarasova are extremely tough women, so it’s not something taken for granted if I am going to win Championships in 2020, but I’m really confident”, Anna said.

With a trip to Thailand scheduled for March with the aim to compete before she returns home, Anna is confident this will help her development as a fighter in 2020.

“I’m going to take advantage of my height, and I’m sure that I’m going to improve both my technique and cardio even more in Thailand.”