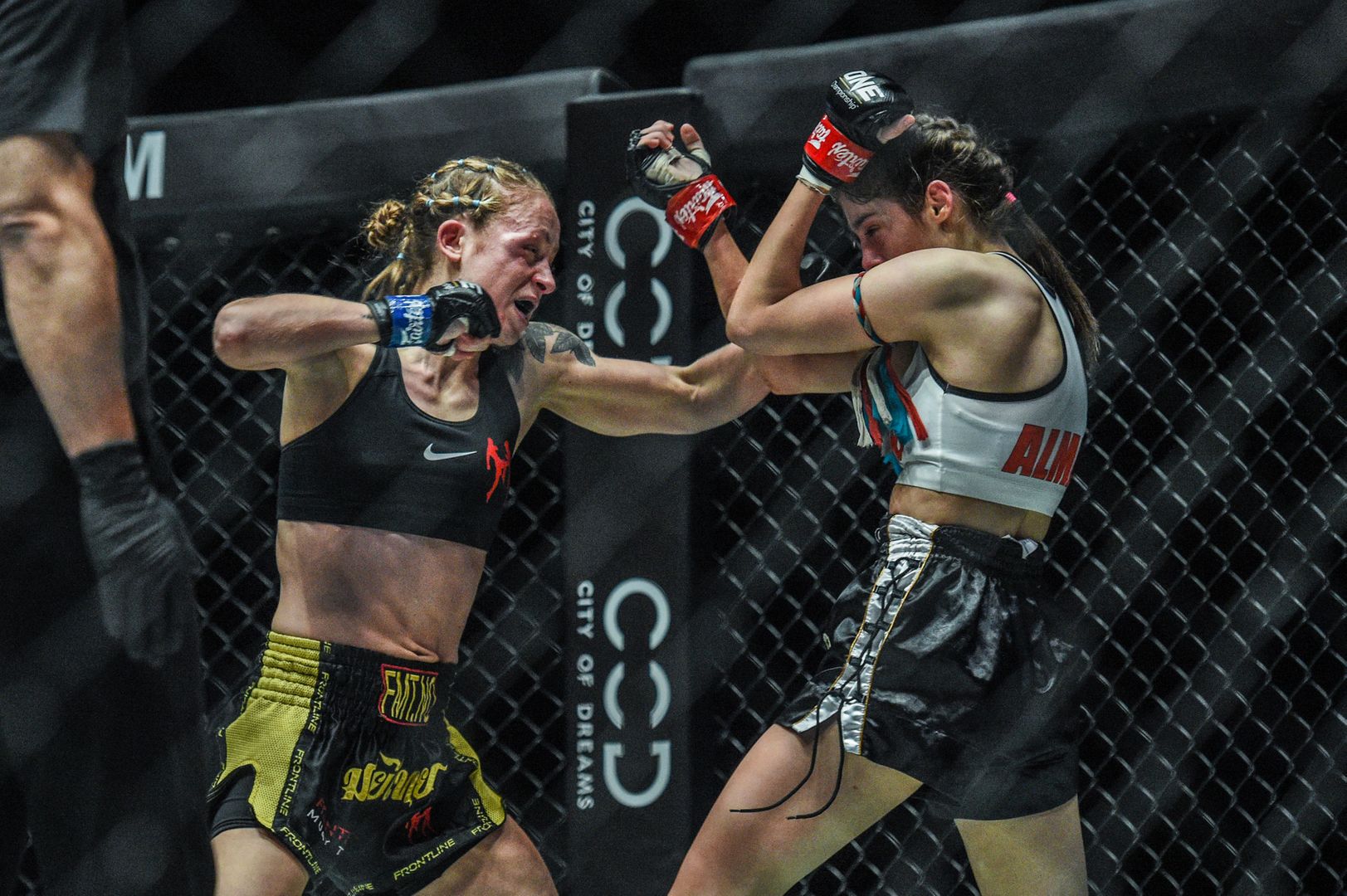 Norwegian Muay Thai star Anne Line Hogstad made her long-awaited ONE Championship debut when she faced WBC Muaythai Champion Alma Juniku of Australia at ONE: FIRE & FURY in Manila today.

After originally being scheduled to face each other late last year, but delayed through injury, the pair finally squared off at the Mall of Asia Arena in Manila, Philippines in an epic Muay Thai bout that had the crowd on their feet.

After a string of unfortunate results, Hogstad, a 2 x ISKA World Champion, was determined to get back to winning ways in what was her 50th career bout, but she faced a tough task against former ONE Championship World title contender Alma Juniku.

Landing some heavy shots and vicious elbows in the clinch, the Norwegian star edged out a three-round majority decision win in her ONE Championship debut, putting herself right up in contention with some of the best female Atomweights on the World’s fastest growing martial arts organisation.

Anne’s coach – and husband – Daniel Lopez, took to social media after the win;