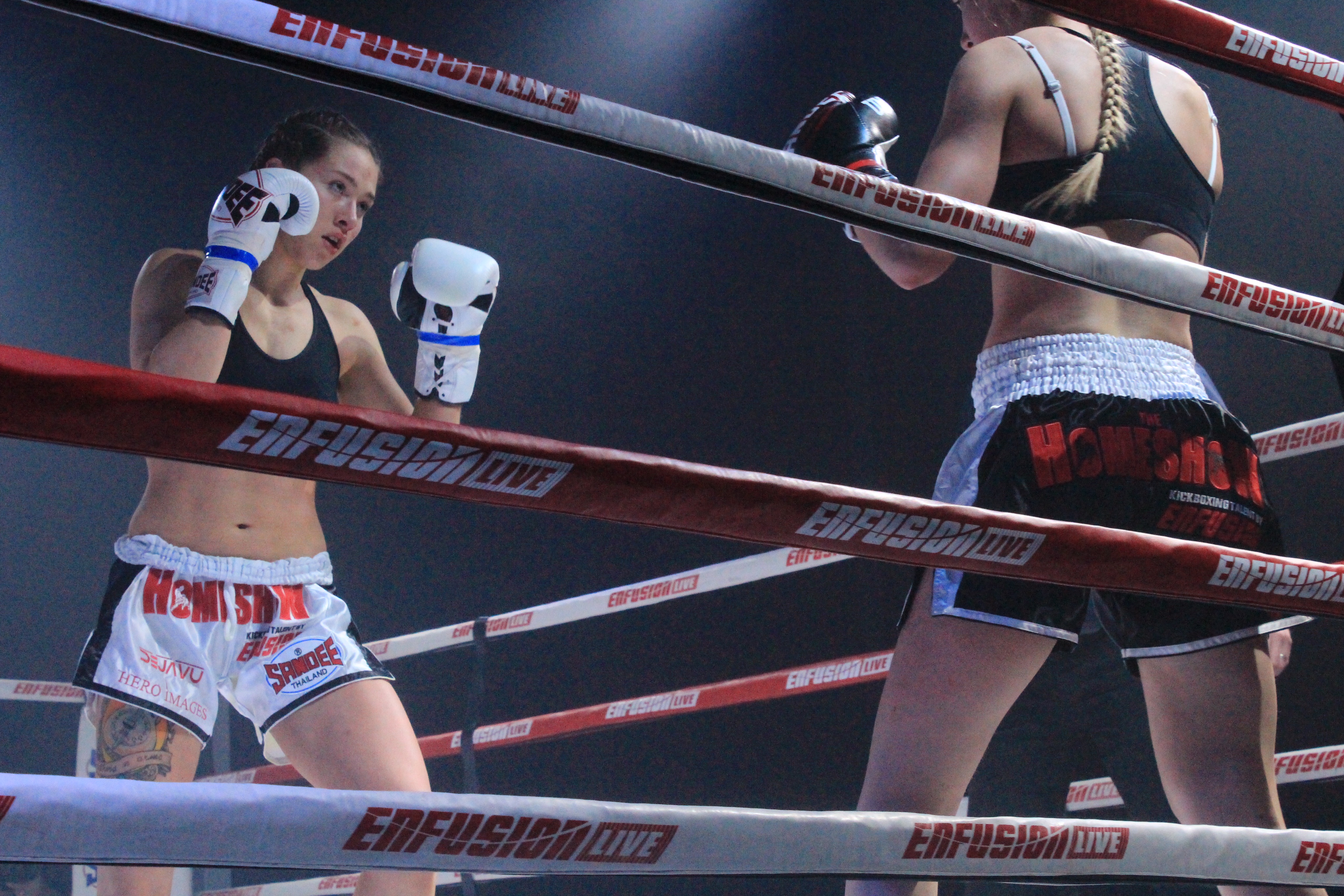 Bad Co. are renown for their fighters. Three of which were flying the Bad Company flag on Saturday at The Home Show 9 in Blyth. Tamara Fallon, Mateusz Duczmal and Michal Dziuda all featured on the stacked card of the Millennium Martial Arts home show. To see this event grow over the last couple of years has been great. It truly has gone from strength to strength. These three warriors did a fantastic job of representing not only themselves but also their stablemates at Bad Company.

Tamara Fallon was first up from the Bad Company crew. She battled it out against a very worthy opponent, Charlotte Thompson. Fallon just seemed to see everything and put Thompson wherever she needed to deploy her strategy. She said she had been working on new things with Andy Howson in the run-up to this fight and it paid off. Fallon looked in control and prevented Thompson from even getting off the mark!

Next down the walkway was Michal Dziuda. He was up against Anghel Cardos, a Romanian fighter who has featured previously on Superkombat and other big stages. Dziuda has returned to the ring after some time off and really seemed to enjoy being back in the ring. Showcasing his abilities on the Home Show stage. He showed he was having fun by using his fancy moves with some spinning back fists. An entertaining fight and a dominant win for the Polish fighter.

Last but by no means least, fellow countryman, Mateusz Duczmal. Duczmal went in there with a massive heart and showed exactly what he is capable of. Pushing from the outset right through to the final bell. Duczmal set the pace for the fight against another Romanian Superkombat star, Cristian Ristea.

All in all, a fantastic night for Bad Co. gym. Northern Kings had a good night too. More coming shortly, watch out!

In the meantime, if you are curious about the services that Fight Record can offer you. Make sure you sign up to the Fight Record mailing list. This will keep you up to date on the launch of the database.