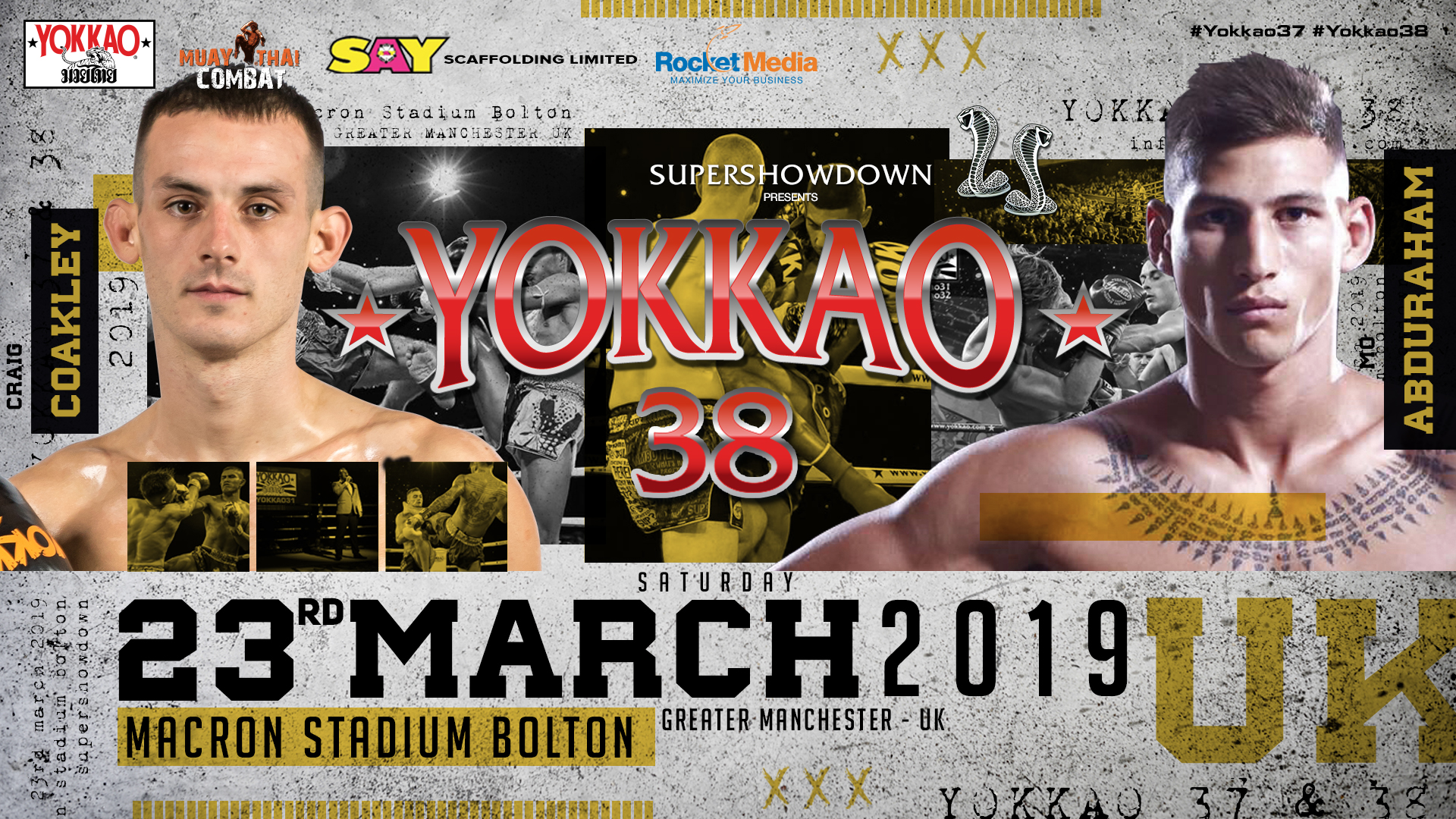 In just four-weeks time, the UK 63.5kg #1 Nathan Bendon was scheduled to face the ferocious Irish #1 Craig Coakley at YOKKAO 37 & 38 in Bolton.

YOKKAO have just announced news that Bendon has suffered a hand injury in training and has been forced to withdraw from the highly-anticipated bout with the Irishman from Dublin Combat Academy.

Coming in to replace the injured Bendon, is the current UK 63.5kg #3, Mo Abdurahman.

Abdurahman, of Exile Gym in Southampton, is one of the top young fighters in the country, competing on the top shows around the World under Thai and Kickboxing rules, including numerous fights on GLORY Kickboxing.

The young, unorthodox fighter will have a tough task, though, when he steps in the ring to face the knock-out artist, Craig Coakley.

Coakley is on a three-fight win streak all by way of KO on YOKKAO, beating top UK names Myk Estlick, Chris Whittle and Jack Kennedy.