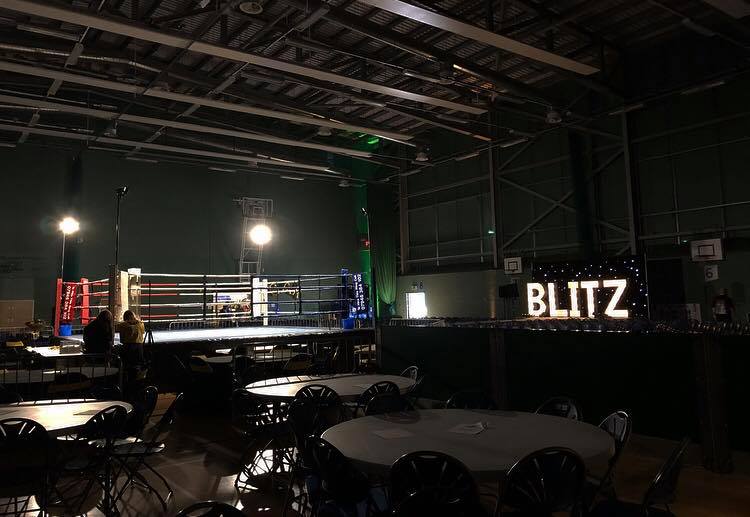 The Blitz brought some of Scotland’s top talent to the On-X centre in Glasgow last weekend. Showcasing grassroots Muay Thai through to professional level A-Class bouts. Promoter Craig Floan spoke with Fight Record prior to the event and spoke about how much he was looking forward to bringing everything he had learned together for the fifth instalment of ‘The Blitz.’

This one did not disappoint. With its bumps in the road laid to rest come fight night, everyone’s eyes were on one thing. Competing. Getting in that ring and putting everything they can into their moment. With 9 fighters on from GTBA, Floan was destined to be a busy man. With the help of all the crew, medics, runners, venue staff, DJ and more, the event ran smoothly and delivered a fantastic night for all involved.

Matthew Bowater stopped Scotty McFarlane after three very hard-fought rounds. It was shaping up to be a fantastic fight and one that was set to be stopped before the distance and the final bell. Mondo Woodcock was stopped within the first round after eating some nasty elbow from his Spanish opponent, Kevin Vidal.

With only a couple of days that have passed, the team at Blitz have already announced a provisional date of 29th June. With the fans taken back by the level of quality that was produced this time around, what will Floan and his team be able to pull out of the bag next time around?

There was talk of another 4-man tournament or some top-level domestic bouts… We shall see. Until then, there are some live videos from the event circulating Facebook at the moment. You can see Matthew stopping Scotty just below.

The winner of the Deachkalek award was given to Declan Cranberry of GTBA because of his performance against Eryk Paszkiewicz from Aberdeen Muay Thai. Declan will now be flying out to Thailand to train at Sutai Gym thanks to GTBA and the Coe family.

What an amazing achievement to be awarded this and be given the chance to go and train in the motherland of Muay Thai. A massive well done to all fighters who took part and displayed their grit and determination. Only a snippet of what goes in is seen on fight night. The product. Keep your eyes peeled across all social media to keep up to speed with The Blitz and what they have planned next.