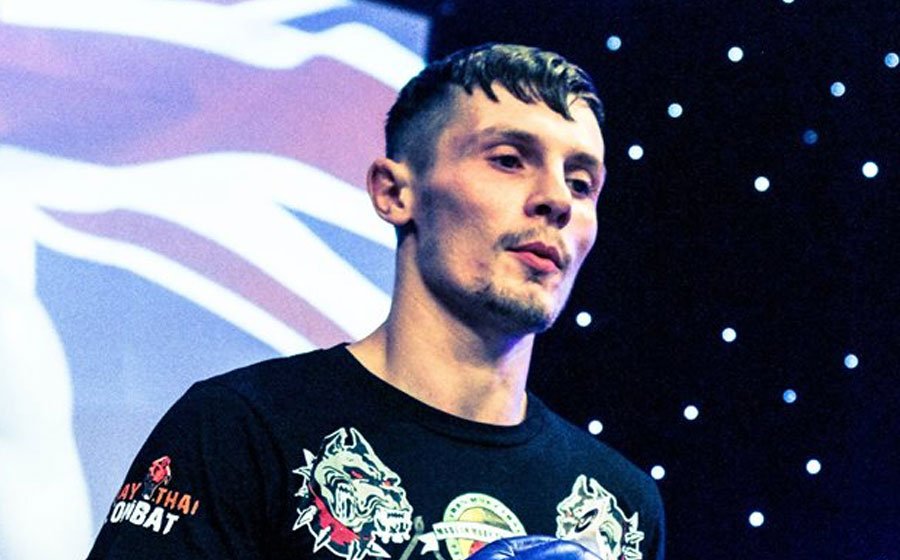 2020 was meant to be a fight filled year for many UK fighters, none more so than Brian Totty Jr who was set to have one of the busiest years of his career to date. Totty kick-started his year with a win over the Frenchman Noel Gomis at Yokkao 47 where he took the win via decision. The win should have set the bar for the rest of the Scotsman’s year but unfortunately Corona virus had other plans.
“Before corona ruined 2020 I had a pretty busy year planned for fights, I think I had 5 or 6 fights booked for the year which would have been my busiest in a long time. I’m usually lucky to get 2 or 3 fights a year.”

Totty boasts a fight record of 35 wins, 9 loses and 2 draws, a record he was looking to update and improve even more in 2020.

Which bouts were you most looking forward to? And how was training going before lock-down kicked in?
“I was looking forward to them all, I just like competing. Training was going well, I had just fought on Yokkao in March so I was straight back in the gym getting ready to fight in Glasgow in April which was set to be a good one, it would have also been the first time I had fought in Scotland in a while.”

How have you kept yourself fighting fit during the lock-down?
“I ran a lot while the gyms were shut but now they’re back open I’m back training and trying to be less fat.”

The fight in Glasgow was set to be against Craig Coakley who has a pretty impressive fight record, how were you preparing for that match up? How do you feel about Coakley as a fighter and opponent?
“Craig is a great fighter, I think our styles match up pretty well against each other and will make for a great fight when it happens. As far as prepping for the fight, it has been a fight that has been mentioned a few times in the past so my coaches always have me working on stuff for all the opponents it looks like we will be up against at some point. Nothing really changes there, I’m always looking to strengthen my weaknesses from fight to fight. I’ve got a great team around me and that’s the most important thing in my opinion.”

You’ve mentioned weaknesses, what would you say yours are?
“I just think there’s always room for improvement and if you think you’re perfect what’s the point in training or competing? You become complacent and stagnant if you’re not willing to learn and try new things, even if they don’t work it’s all experience.”

Watching back on your last fight with Gomis you can hear the commentators mention that you’re technically on point but you tend to hold back when you fight, that you don’t seem to go in 100%, is this something you were aware of when you’re fighting?
“Yeah, the Gomis fight I was looking for the perfect shot, I knew I could hit when I wanted but I was looking for the perfect opening, I guess that made me seem hesitant I suppose. As for the rest of my fights I am aware it happens, I think I get into a rhythm of knowing when I am winning and I don’t push into the next gears when I really should. It is something I have spoken to my coaches about and it’s something I’m working on resolving.”

You and Coakley share Jack Kennedy as an opponent, Coakley won his bout but yours ended in a draw. Watching it back, do you feel that was the right decision?
” Watching it back I do think it was a close fight but that I had done enough to get the win, but that’s the way Muay Thai works sometimes. I suppose it was so close so I can’t be overly fussed by the decision and it has set up a second fight between us pretty well.”

Going into a second fight with Kennedy, is there anything you would add or change to try and secure the win?
” Without giving too much away there is a few things I would do differently but I do still think that I’ve not shown my best yet, you’ve only seen glimpses of it.”

Given that things are back to normal next year, what are your plans? Are there any fights in particular that you want or any promotions you want to be involved in?
“Obviously everyone wants to fight on One so that’s a given if I got the chance. Apart from that I want the Kennedy rematch, the Coakley fight will happen at some point and I wouldn’t mind fighting Jetsada for the MTGP World Title. I would like to fight Charlie Peters as well so I could get that number 1 spot and I’ve said it a few times but I would love to fight Singdam and other fighters of that caliber to prove that I can more than hang with those guys. I do enjoy Yokkao, it’s a great show but I would fight on any show given the opportunity.”

What was your toughest or most challenging fight to date and why?
“Probably my first fight back after changing gyms and a big lay off with injuries, nothing to do with the move but more about the pressure I had put on myself to prove that I had made the right decision and got my love back for the sport.”

Finally, what match ups are you wanting to see in future?
“I just want to see fights again, it’s been that long. Apart from fights for myself I’m looking forward to seeing Spencer Brown back fighting as he’s had a bit of a shit year, I reckon we will see Spencer vs Sean Clancy for the WBC title at some point. Dan McGowan is always great to watch when his hands not completely smashed in and Harrison vs Rodlek again would be good to see.
On top of that I look forward to seeing all my teammates back fighting and see them make a name for themselves, Scott Douglas and Ciaran McGuckin are definitely ones to watch out for in future.”

Let us know in the comments who you would like to see Totty go up against in future!