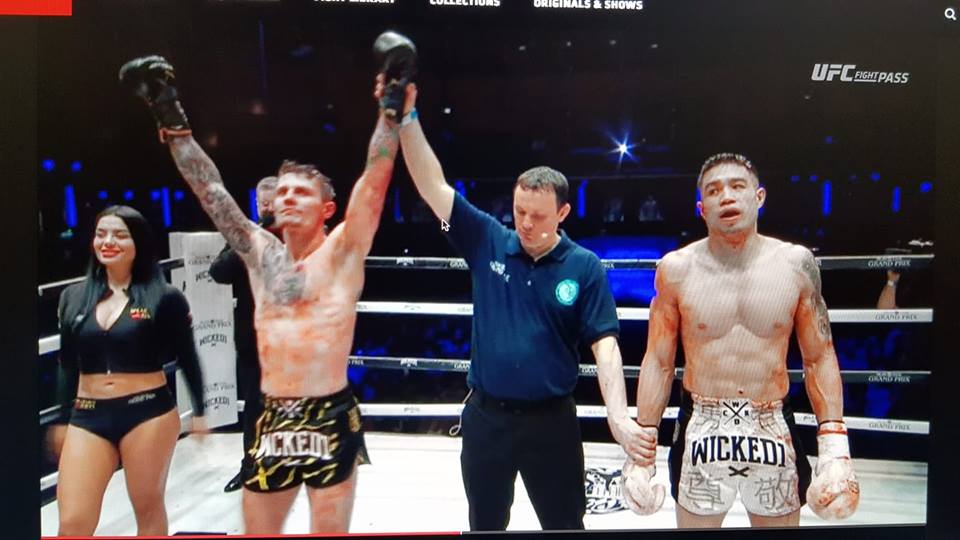 Glaswegian Brian Totty Jnr returned to the ring to face home favourite Michael Pham for the MTGP European title in what turned out to be one of the most entertaining fights on the night.

After sustaining a cut along the hairline in the early rounds, Totty’s blood covered both athletes as they battled through crowd-pleasing match-up for the fans watching around the World on UFC Fight Pass.

After five hard-fought rounds, it was the Scotsman Brian Totty who came away with the decision to be crowned the new MTGP European Welterweight champion.

We spoke with the newly crowned MTGP European champion to find out what’s next for him.

Brian: “I don’t have any other fights confirmed yet, but I know my coaches have had a few options. There’s a list of names I’d like to fight but they are sure to come. Just waiting to see who the next opponent is.

“My plans are the same as everyone’s; to fight on as many of the big shows as possible. It would be cool to get on ONE Championship if I could though!”