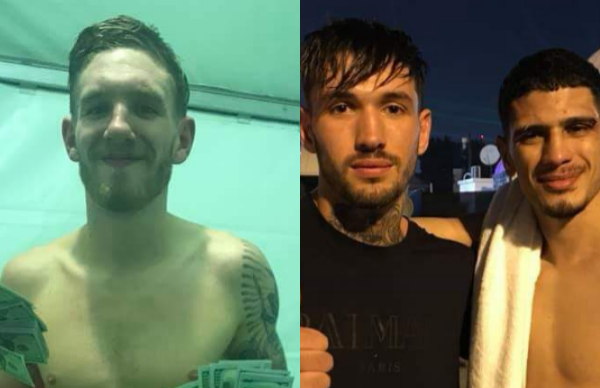 Featured fighters Jack Kennedy and Jake Purdy flew out to the UAE this week to compete on the inaugural Yas Island Muay Thai Championships in Abu Dhabi against extremely tough opponents.

Kennedy, who had flown back out to Thailand to train at Sitsongpeenong in Phuket for his fight camp, was up against the strong Thai, Somchai Lueamlam at the Du Forum in Abu Dhabi. Jack put on a technical clinch display, drowning out his opponent with knees, elbows and dropping him in the third round after a perfectly executed spinning elbow and knee to the body before the bell rang and he took away a convincing decision victory against a much more experienced opponent.

“Stuck to the game plan; clinched him and elbowed him and drowned the 200-fight Thai out of the fight. Got the big money win bonus too.”

In the main event, Jake Purdy faced Youssef Boughanem, who is considered by many the best 72kg fighter in the world. he first round was a back and forth battle with both fighters feeling each other out.

The pace picked up in the second round as Boughanem landed some heavy shots and dropped Jake with a body shot. Jake recovered and fired back with some spinning elbow attacks and managed to cut Youssef, but after another knock-down the fight came to an end.

“I lost to Youssef Boughanem, the current World #1, but at least I tried. I will be back fighting as soon as possible. Onwards and upwards”