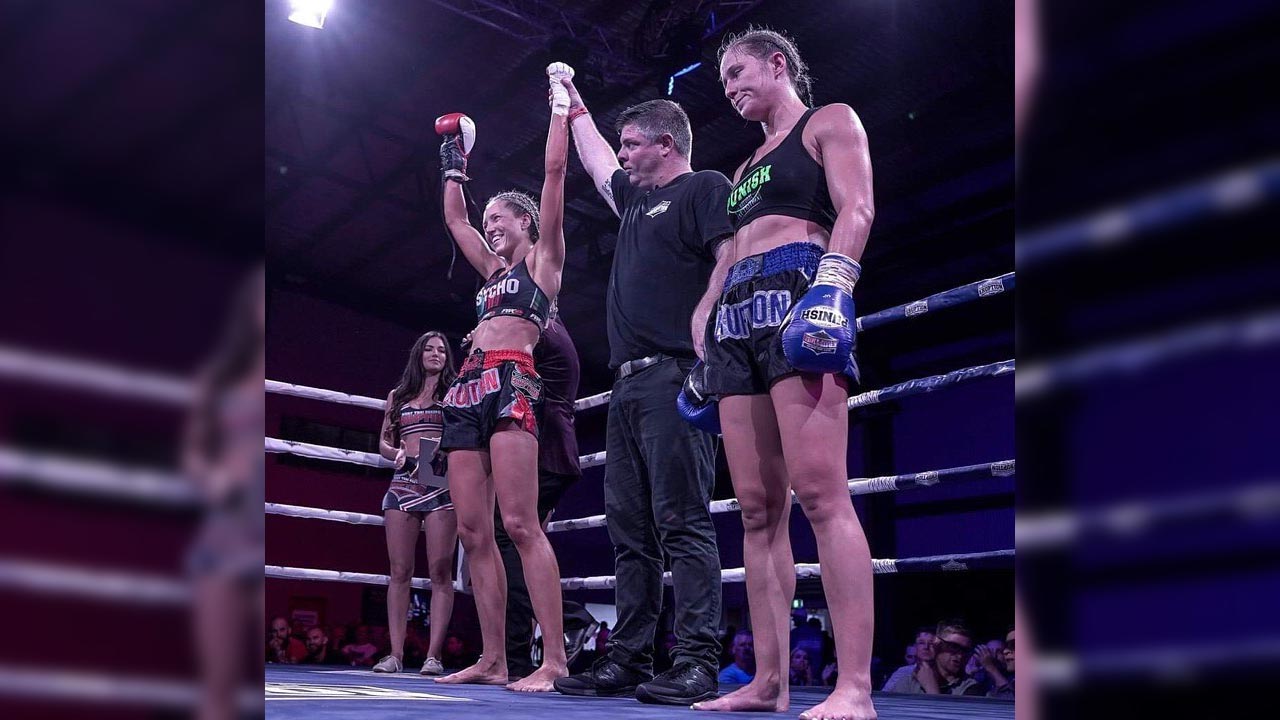 This past Friday 11th December, Brooke Cooper defeated Britney Dolheguy at Eruption Muay Thai 19. With almost 70 career bouts between the pair, it was a huge domestic female Muay Thai clash.

After a back and forth battle, it was the Kaos Martial Arts fighter, Brooke Cooper, that was awarded the points victory.

“It was brilliant – probably the best I’ve had!”, Brooke responded when asked about how preparation for this fight had gone. “I’ve trained all throughout COVID and had plenty of time for all the niggles and sore spots to recover”, she continued.

“The only downfall was the lack of sparring during COVID, but I had some time after restrictions had eased to get some in then!”

Looking ahead to 2021, Brooke said she has a few other domestic fights lined up to look forward to.

“I’ve got a few Muay Thai fights lined up at the start of next year, so I’m already preparing for those.”

“With world travel off the plans for an unknown amount of time, I’m content with just taking any opportunity that gets thrown my way.”

The full results from Friday’s Eruption Muay Thai 19 at the Eagles Sports Complex in Mansfield, Queensland;