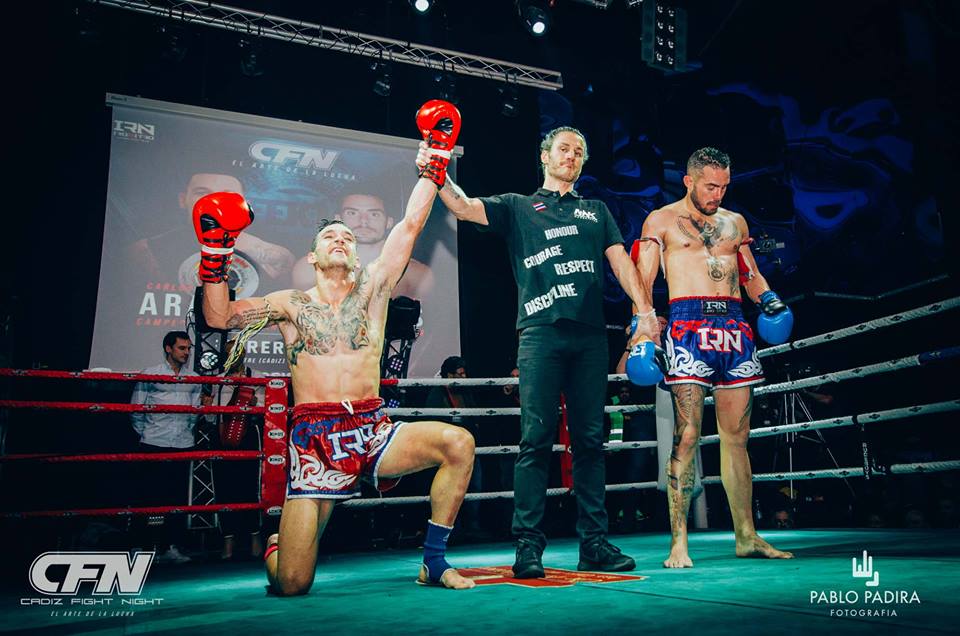 Carlos Araya, who established the new Muay Pam Gym in the South of Tenerife with his brother Isaac, won the FEKM Super-Lightweight Spanish title at Cadiz Fight Night last night.

In a tough fight, Araya managed to land the cleaner shots and opened up a cut above Carlos Campos’ left eye as he went on to take the decision and win the National Championship.

Fighting on the same card as his younger brother Isaac, who won the Cadiz Fight Night Lightweight Four-Man tournament, Carlos took to social media earlier today to reflect on a successful night for the Muay Pam Gym family;

Carlos ended the status by saying;

“Muay Pam Gym is more than a family. These are the first belts we have won under our new project; it’s a dream turned into reality but I hope they are the first of many. Until next time… ❤️👊❤️”