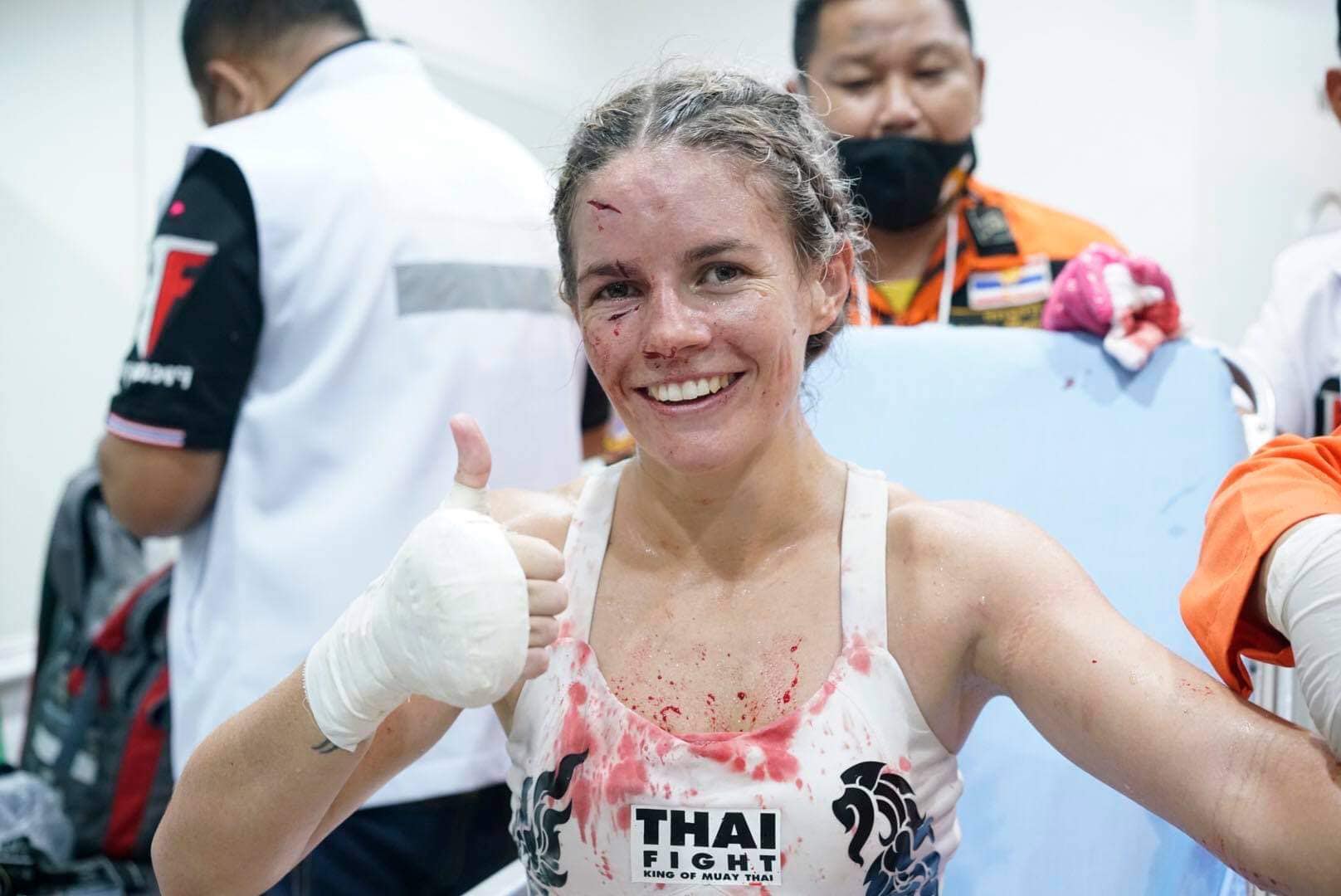 Celest Hansen went down in the history books this past Saturday evening, taking part in only the third-ever female bout to be contested on the mega show Thai Fight when she faced Petchjeeja Lukjaoporongtom.

Despite a first round loss, where she suffered numerous cuts from elbows before the doctor called an end to the fight, Celest Hansen took to social media post-fight to mention how proud she was to be representing females on a huge stage such as Thai Fight.

Though she explained she was unsure of her performance, the Australian was still all smiles after the fight and showed respect to her opponent, explaining she had a lot of fun throughout the whole journey and meeting the other legendary fighters of Thai Fight.

Celest’s inspirational attitude to the sport and the result of her bout could be witnessed throughout her post-fight analysis, as she continued in a joking fashion, finally thanking her training partners for the preparation before the fight.

We would like to wish Celest a safe and speedy recovery, and look forward to seeing her back in the ring soon.