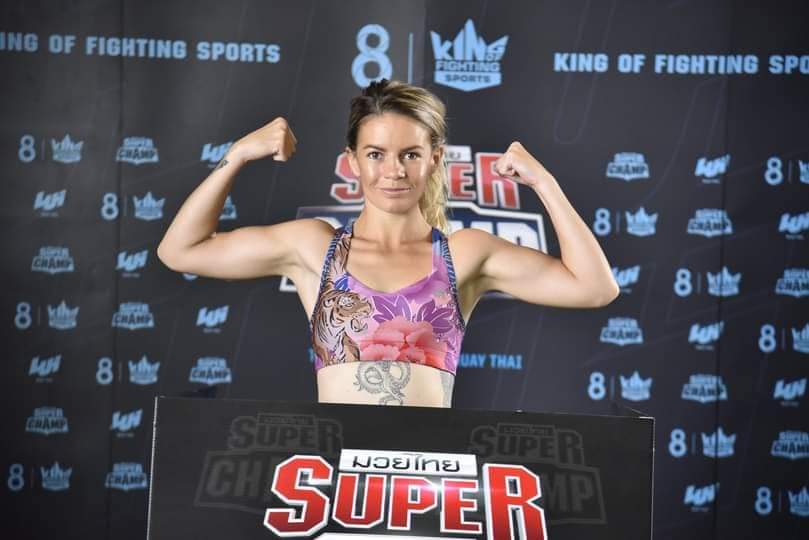 Australian Muay Thai fighter Celest Hansen has been competing on the circuit in Thailand since she began training just four years ago.

Now, after competing in the Stadiums around Koh Samui, Phuket and Bangkok over the last few years, Celest will get the opportunity to fulfill her dreams of competing on Thai Fight when she takes on Petchjeeja Lukjaoporongtom this Saturday at THAI FIGHT: A NEW NORMAL in Bangkok, Thailand.

“I know she used to be a phenomenon a few years ago”, Celest told us when asked about her opponent this weekend. “She was fighting boys, and winning! But she hasn’t fought Muay Thai for the last few years since she moved to boxing.”

She added, “This means so much to me I could literally cry with happiness when I think about it! For me to fight on Thai Fight is absolutely amazing, it’s my absolute dream and goal!!

“I’m so so excited and grateful for this! I want to show the World that girls do belong on the big stage and we are strong and we deserve equal opportunities. I reckon this is the Golden Era for female fighters. I’m proud to be a female!”