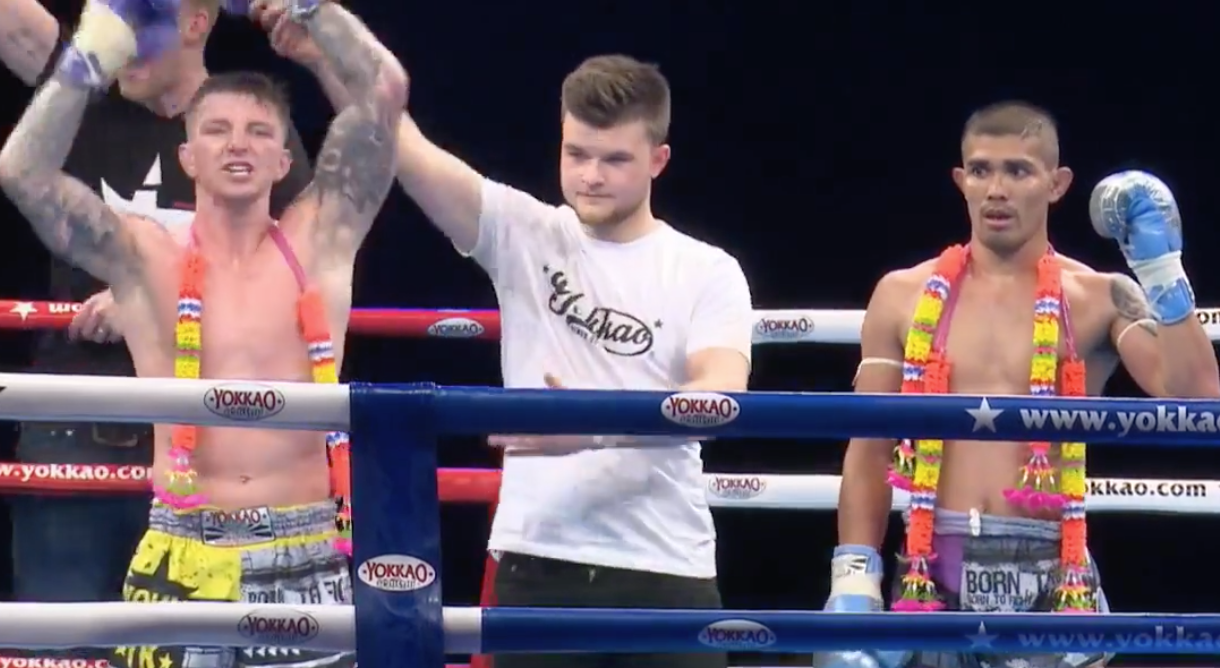 After 8-months out of the ring, Chris Shaw returned tonight to face Rambo Phet Por Tor Aor in the main event at YOKKAO 38 earlier tonight.

After five tough rounds, Shaw took the majority decision over Rambo, catching his kicks and returning with some effective shots in the early rounds, Shaw looked in control and comfortable against the Lumpini and Rajadamnern fighter.

In the last round Shaw came out landing more vicious elbows. Rambo seemed to fade as Chris continued to land headkicks and elbows to eventually take the fight by majority decision.

Since losing to Nathan Bendon in a very close decision at POS 26 last year, Shaw has been wanting a rematch ever since. now he has beaten the Thai star Rambo. who beat Bendon at YOKKAO 32 in October last year, will we see a potential rematch between the two?

Let us know your thoughts in the comments below!