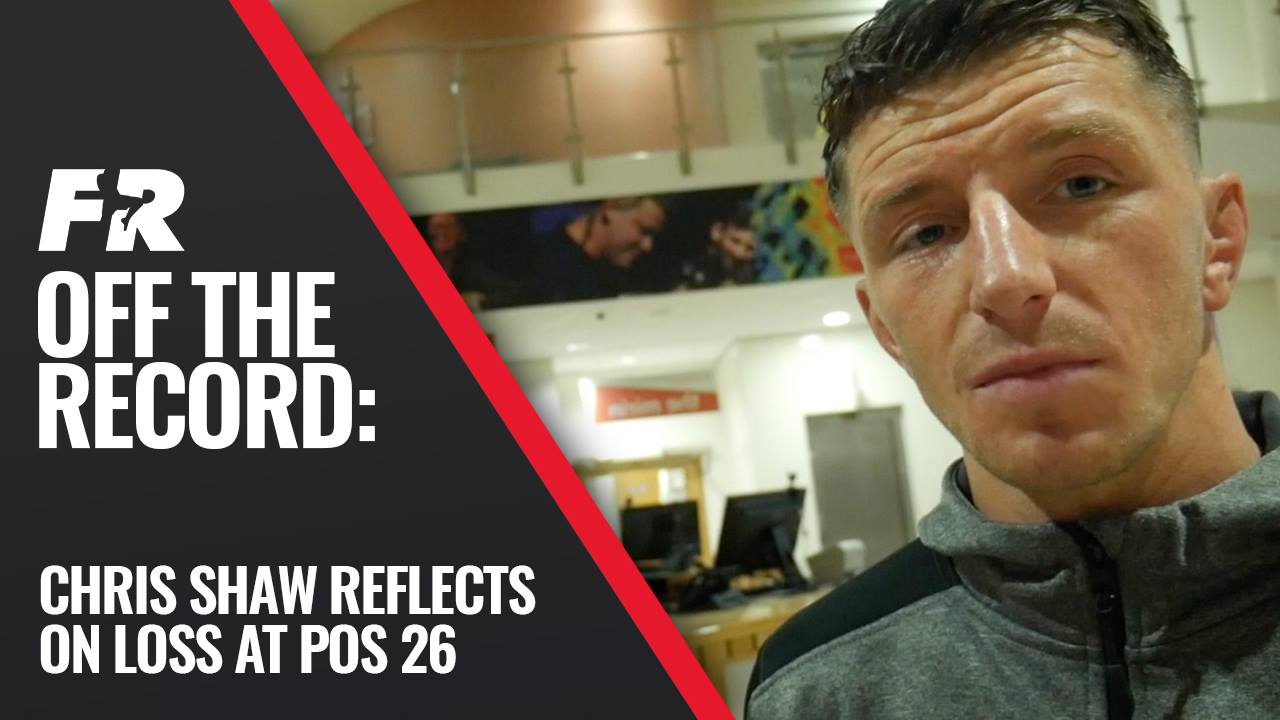 This weekend saw Chris Shaw lose his fight against Nathan Bendon. Fight Record was there to catch up with him right after his fight to get an insight into how he was feeling. Understandably frustrated at the loss as he felt as though he could have done more in the fifth to really drive the win but the judges deemed it in favour of the winner, Bendon.

Shaw is already moving on and is matched for Enfusion in Newcastle upon Tyne for the 9th June. He will be back in the gym already working towards making a scene on the big stage in the North East of England.