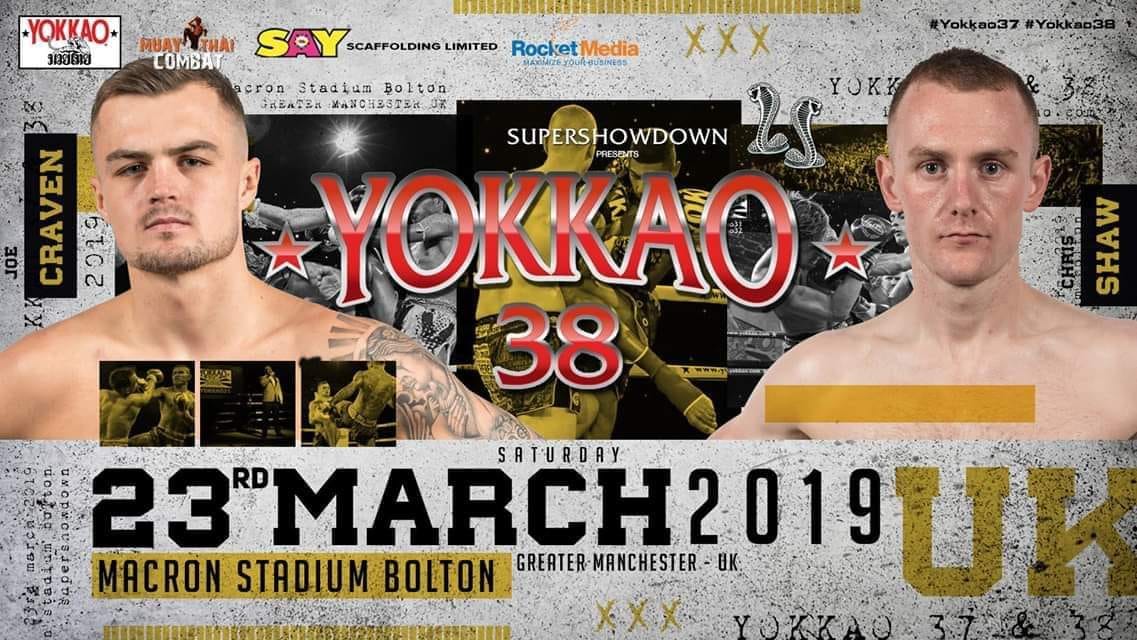 After over a year out of the ring, ULT Muay Thai‘s Christopher Shaw will return when he challenges the current 72.5kg UK #1 Joe Craven at YOKKAO 38 this Saturday.

Shaw, not to be confused with the UK 63.5kg #2 Chris Shaw, last fought the current UK 69.8kg #2, Connor McCormack at YOKKAO back in October 2017 and was removed from the rankings after more than 12-months inactivity.

After spending most of the last year coaching, he is now looking to return to the ring and remind everyone why he is one of the best at 72.5kg.

Our reporters caught up with Shaw to get some information on his background and how he his feeling ahead of his return against Joe Craven this weekend.

Can you tell us about your background? How did you get started and how long have you been fighting?

Chris: “I started training Muay Thai when I was 4-years-old. My dad took me along to a local activity centre which had classes and then the owner eventually got his own gym. I fell in love with the sport and I’ve been doing it for 25 years now.

“I had my first junior fight when I was around 6-years-old and then my first professional fight when I was 16 year old. I have fought a few big names in the sport, Jordan Watson, Micheal Wakeling, Dan Hudson, Steve Jones, Connor Mccormack and alot more including top European fighters.”

How are your feeling getting back in the ring after some time off? How are you feeling ahead of the fight with Joe [Craven]?

Chris: “I’m feeling great for this fight, I’ve had a great camp; I’ve been training hard for the last 3 months, doing 3 sessions per day including all my pad work, sparring, clinching, strength and conditioning and crossfit classes. This has made my weight cut so much easier, so I’m able to train a lot harder as I’ve been able to eat a lot more than I have in the past, which has helped keep my strength up.”

Anything specific you have worked on for this fight camp?

Chris: “No, nothing specific. I’ve watched a couple of his [Joe’s] fights, but I’ve not got too much of a game plan as he might have changed his style, so I’ll just wait and see what happens and adapt to his style on the night of the fight.”

How is the rest of the year looking so far? Any more fights in the pipeline?

Chris: “I will just wait and see what comes up after this fight at the weekend and take it from there. I don’t have anything set in stone as of yet.”

And finally, Joe quoted that he doesn’t think anyone on the planet can beat him at 72.5kg. What are your thought’s on that?

Chris: “Joe is a really good strong fighter, but in Muay Thai anything can happen especially when you fight full Thai rules, so it’s quite a strong statement to make. But come the 23rd March, I’ll prove him wrong when I become the new UK #1.”