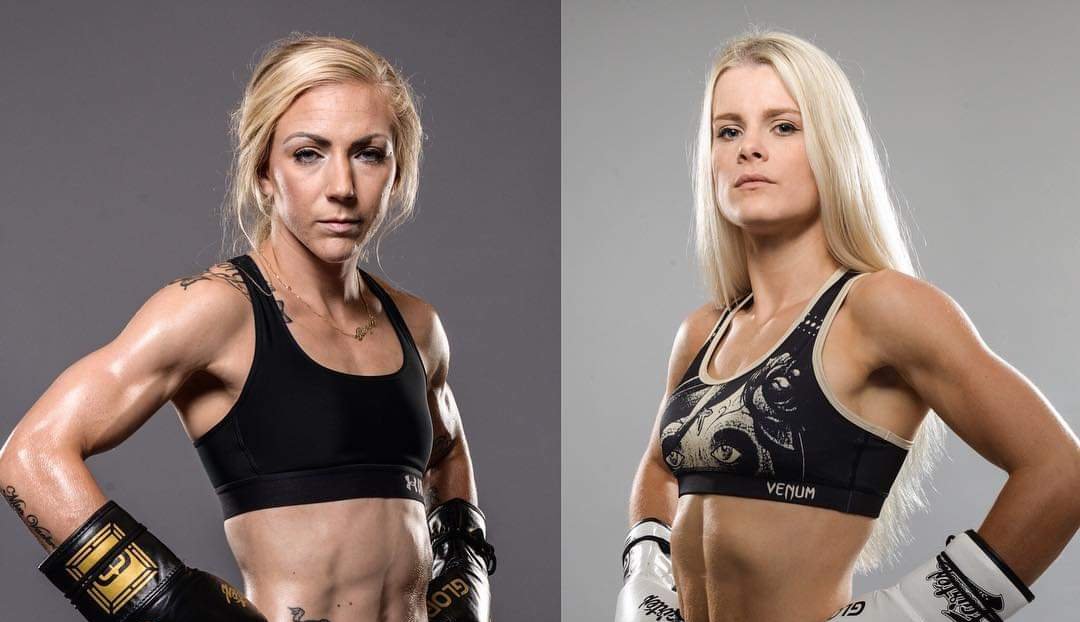 UK #1, Christi Brereton of Team Chaos in Devon, will make her second GLORY appearance when she faces Swedish standout Sofia Olofsson at GLORY 65 in Utrecht next Friday.

Brereton, who made a successful GLORY debut when she beat Nicola Kaye via unanimous decision at GLORY 54 in Birmingham last June, will face Olofsson who is a former title challenger and the current #3 ranked Super-Bantamweight in GLORY.

When asked about the upcoming fight with Olfosson, Brereton told our reporters;

“I am looking forward to this fight with Sofia. We have crossed paths before when we both competed in the same category at the IFMA World Championships in Malaysia in 2014.”

Christi claimed the silver medal and Sofia took bronze after a defeat to Russia, but they never met inside the ring.

Christi added, “Unfortunately I haven’t been back to compete at the IFMA World Championships since then, so now we finally get to fight, it’s a match that I have been wanting for some time.”

Olofsson is no stranger to British opposition, having successfully defended her WMC World title against Iman Barlow in her hometown of Stockholm back in November 2017.

Since then, Sofia debuted in GLORY when she challenged former champion Tiffany van Soest at GLORY 55 in New York, narrowly losing a close split-decision.

Since then, Sofia has won a unanimous decision against the “French Cyborg” Cindy Sylvestre at GLORY 60 in Lyon and will now face the UK #1 Brereton in a potential title-contender bout in Urecht next weekend.

Who do you think will win this Superfight between two of the best female bantamweights in Europe? Let us know in the comments below!

You can view Christi Brereton’s full fighter record and profile here. If you would like to get your fighter profile and get featured on our website and social media channels, you can submit your fighter information on this form.