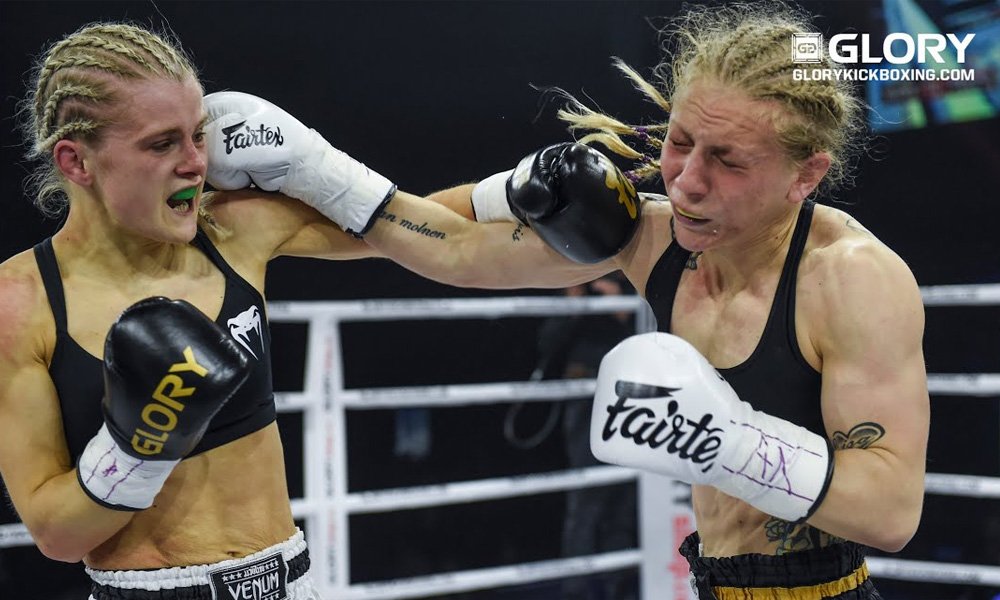 UK #1 Bantamweight Christi Brereton returns to GLORY for her third appearance as she prepares to face unbeaten French fighter Sarah Moussaddak at GLORY 69 Düsseldorf this Saturday.

After winning her GLORY debut with a strong performance against fellow-British fighter Nicole Kaye back at GLORY 54 Birmingham in June 2018, Brereton returned for her second bout against the tough WMC World Champion Sofia Olofsson of the famous Odenplan Fightgym in Stockholm, Sweden.

On that occasion, the British fighter Brereton lost out on a narrow split decision, but it was a memorable performance by both fighters in a crowd-pleasing bout that was worth of fight of the night.

“My last fight on GLORY was a tough, close fight, as expected!”, Christi told us. “It’s great to test myself and know I’m able to mix it with the best girls in the World”, she added.

“I’m always critical of my performance, win or lose. However, I was pleased that the audience enjoyed the fight, and I received a lot of positive feedback about it. Maybe a rematch?”

Now, Christi, who is ranked #3 in the GLORY Super-Bantamweight division, faces the unbeaten Sarah Moussaddak who has gone 2-0 in GLORY against unranked opponents since making her debut in Paris earlier this year.

“I have been watching video footage of my opponent Sarah. Myself ad my coach will always study the opposition when possible, looking at their strengths and weaknesses”.

She continued, “We will always have a strategy in place for the fight. I am feeling confident and excited to put on a show this weekend”.

When asked who in the rankings above her would she like to fight, Christi responded, “GLORY has the best girls in the World and a very exciting division to be competing in. I am willing to fight anybody they decide to put in front of me.”

“My hopes are to earn a title shot in the future.”