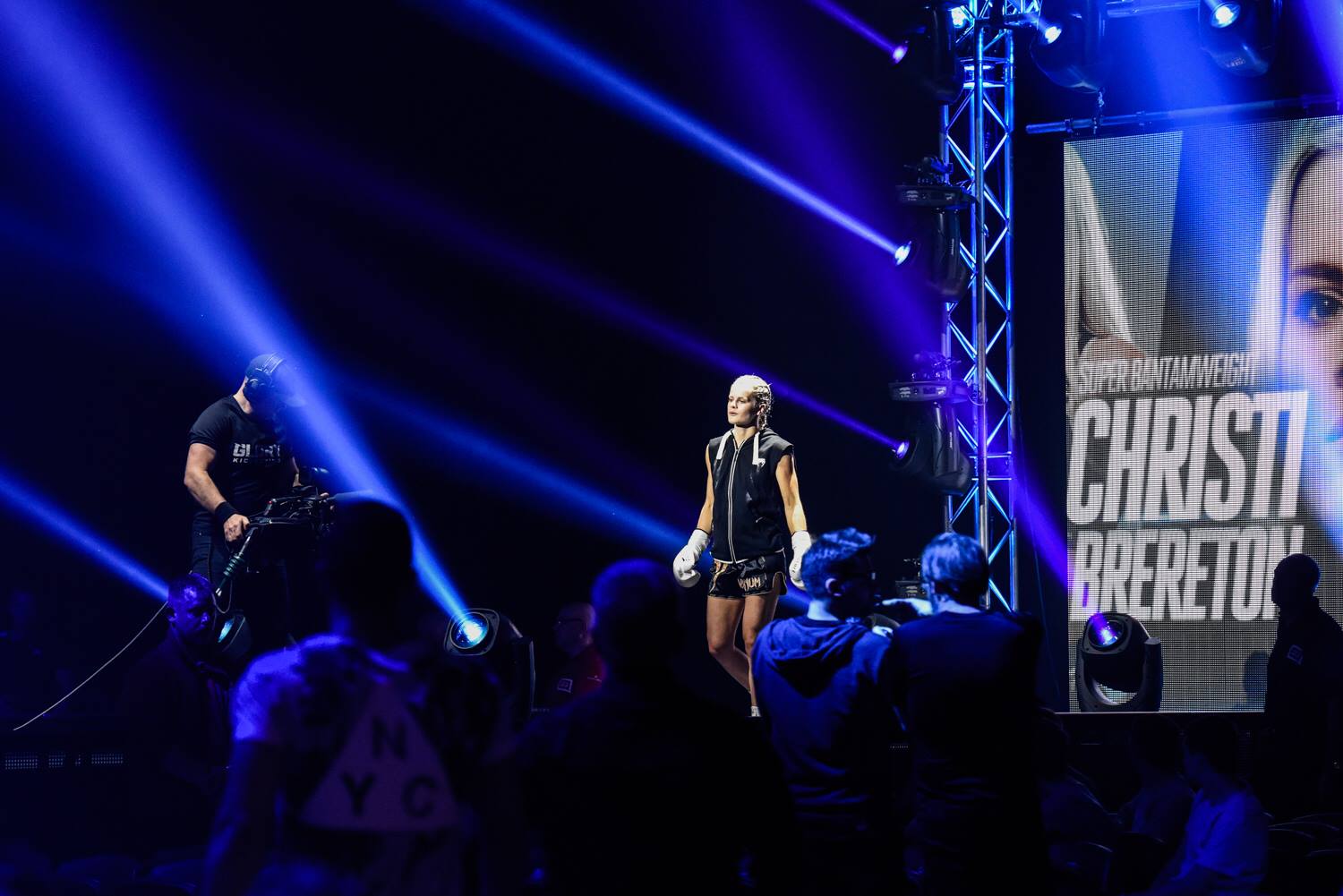 UK #1 Bantamweight Christi Brereton was back in action for her third appearance on GLORY this weekend when she faces the unbeaten French star Sarah Moussaddak at GLORY 69 in Düsseldorf, Germany.

After a loss to Sweden’s Sofia Olofsson in her last bout earlier this year, the British fighter Christi Brereton got back in the win column with a split decision win, handing Sarah Moussaddak her first professional loss.

The bout was a technical display from both fighters, mixing up boxing and kicks with a lot of mid-range exchanges.

Brereton had some success landing the left hook, but her opponent stayed active, angling away from the attacks and landing some strikes of her own, but Brereton kept moving forward landing the left low-kick on the 19-year-old French fighter.

The total strikes count at the end of the bout showed almost identical between the two fighters, but it was the UK #1 Christi Brereton who came away with the split decision victory.