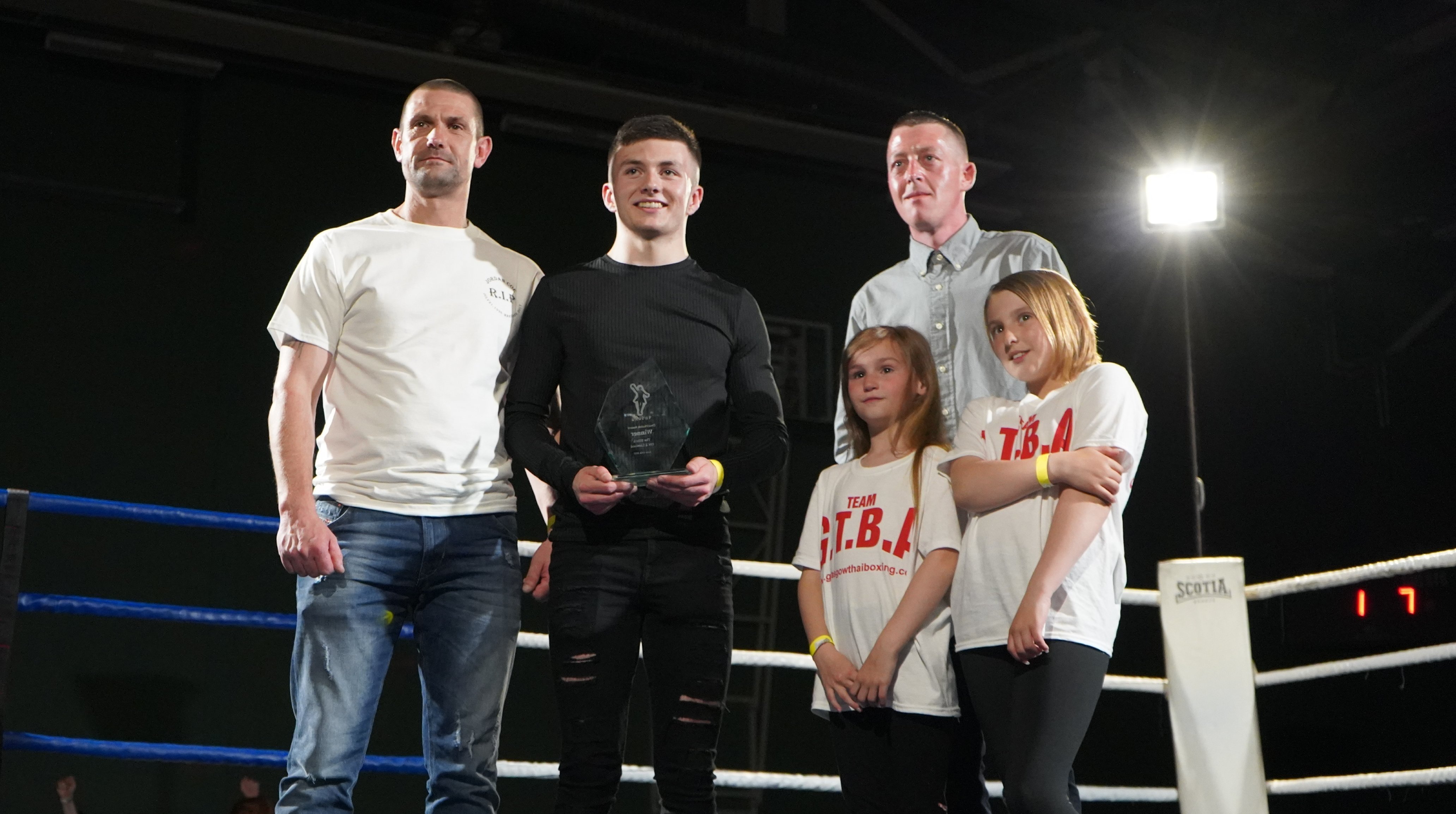 In memory of the late Jordan Coe, the Deachkalek Award was formed by his family to keep his legacy and inspiration of the younger generation of Muay Thai stars alive.

His family, who are close friends of The Blitz promoters, introduced the ‘Deachkalek’ award to give the young, upcoming fighters an opportunity to experience the life of a fighter with two-weeks accommodation at Sutai Muay Thai in Phuket.

The award is open to all undercard fighters on the annual Blitz show, given to the best performance on the night decided by the officials, and this years’ award went to 16-year-old prospect Ciaran McGuckin.

After an entertaining start to their bout on Saturday night, both Ciaran and his opponent Scott McKhee showed their technical abilities as they traded shots in the opening round.

The strong leg kicks of McGuckin took their toll on McKhee in the second round though, and after a second knock-down the referee stopped the contest and Ciaran took the win in an impressive performance.

During the interval later in the night, the Coe family conducted the ceremony where McGucking was announced as the winner of the Deachkalek award after his performance of the night.

McGuckin will now head to Sutai Muay Thai in Thailand for two-weeks of training at the renowned gym which has been the adopted home of many Scottish stars such as Craig Dickson, Alex MacGregor, Mark Amos, Erin Kowal and more.