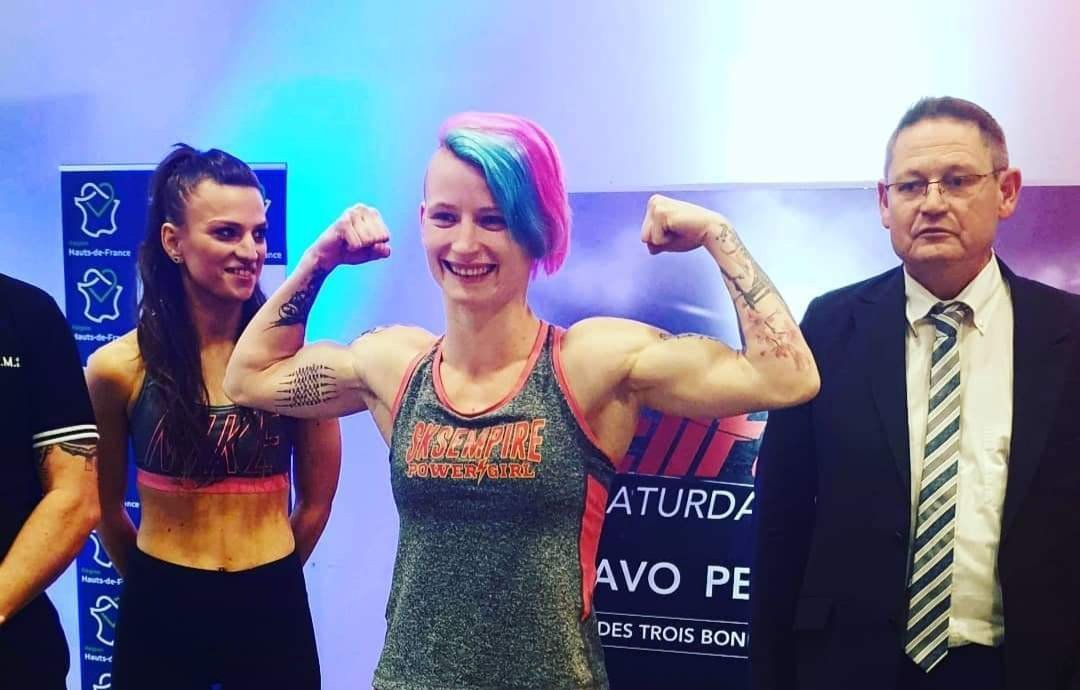 The ‘French Cyborg’ Cindy Silvestre stopped her opponent Amandine Lambour in the third-round after a strong performance at Enfusion Orchies last night.

Lambour showed tremendous heart as Silvestre‘s onslaught forced the referee to give a standing eight-count in all three rounds before eventually waving the fight off in the last minute after the third round.

The French fighter Silvestre looked strong in the 3 x 3 minute Enfusion rules bout and will next face UK #1 Sophie Hawkswell in a 5 x 3 minute A-Class bout in Manchester on 4th May.

You can view Cindy Silvestre’s full fighter record and profile here. If you would like to get your fighter profile and get featured on our website and social media channels, you can submit your fighter information on this form.