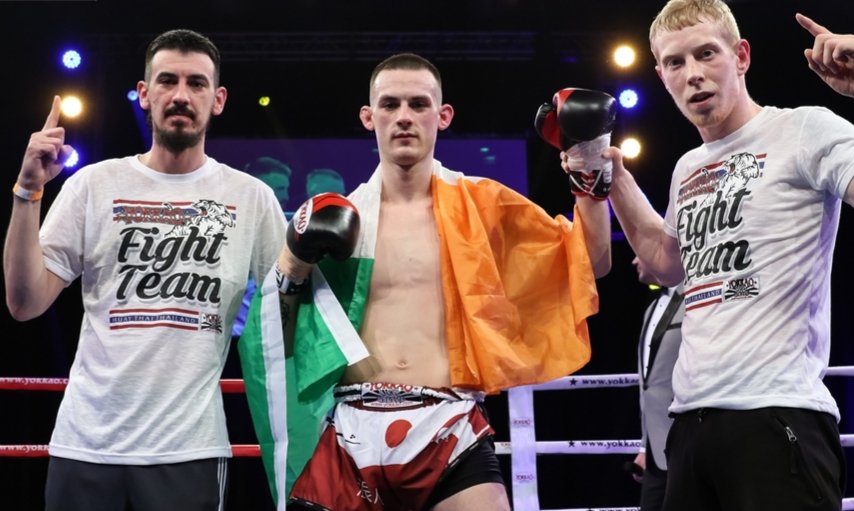 Irish superstar Craig Coakley will get the opportunity to become only the third man ever to claim a WBC Muaythai Diamond title when he faces Thai legend Singdam at YOKKAO 42 in Dublin next Saturday.

We spoke with the Irish knockout-artist Coakley to get a few words about his training camp for this fight and how he is feeling ahead of the monumental bout in his hometown.

Craig: “Training has gone really good. I pretty much haven’t stopped since my last fight as I wanted to right my wrongs, and Brian [YOKKAO Promoter] kept teasing me telling me I have a huge fight coming up so that made me want to keep training!

“I then had five solid weeks in Thailand, starting in Rayong at a nice gym to break me into the Thailand climate. From there I went to Phuket where my training was taken up a few notches.

“I got to train with some of the best fighters in Thailand at the moment. Now I’m home fine tuning everything and feeling good to go.”

Have you worked on any specific for this fight with Singdam?

Craig: “I’ve not worked on anything specific. I’m just trying to improve myself and get better. I want be ready for anything not just one thing.”

Are you feeling any different on the build up to this fight?

Craig: “To be honest, I’m not feeling much different than normal. I thought I’d probably feel a bit more pressure as I’m fighting a legend in my backyard for a World title.

“I know people are doubting me and I know everyone sees him right-kicking his way to a points win.

“I’m not supposed to win this is fight. It’s supposed to be a nice retirement present for him [Singdam], but I’ve got other plans in mind.

And finally what is your key to victory against Singdam?

“I think I need to just make it a fight. I can’t sit on the outside and play that scoring game with him, he’ll win all day long. I need to go in and put pressure on and make him fight me.”