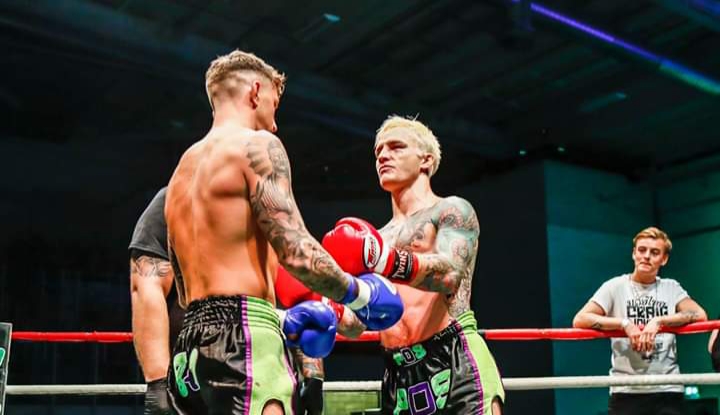 One of the most anticipated domestic rematches in recent years is scheduled to take place in May, as Craig Dickson and Chris Shaw come head-to-head once again since their controversial match in the semi-final of the 8-to-1 tournament at POS 25 back in November 2017.

Several weeks ago, Dickson had posted the replay of the bout on his social media, questioning the judging on the night. Since then, there’s been numerous heated exchanges between the two.

After announcing the rematch is on for POS 28 in May, the Power of Scotland team released an interview with the two fighters which showed the two exchanging words about their upcoming rematch.

Dickson, who recently spoke with our media team, said;

“I will not stand for these insulting comments any longer. Enough is enough.”

He added, “I didn’t even care about a rematch. I was just making a statement [when posting the replay of the fight] about the subjective nature of judging in fights. I think Chris took it to heart and now we’re going to have another fight.

“He’s said a lot of hurtful things like comparing me to JK Rowling and telling my mum to put the dinner on.

“Oh, and he wants to hurt me … well he’s welcome to try. I mean, it would be rubbish if he couldn’t even do that. At the very least it will keep things interesting for the next couple of months.