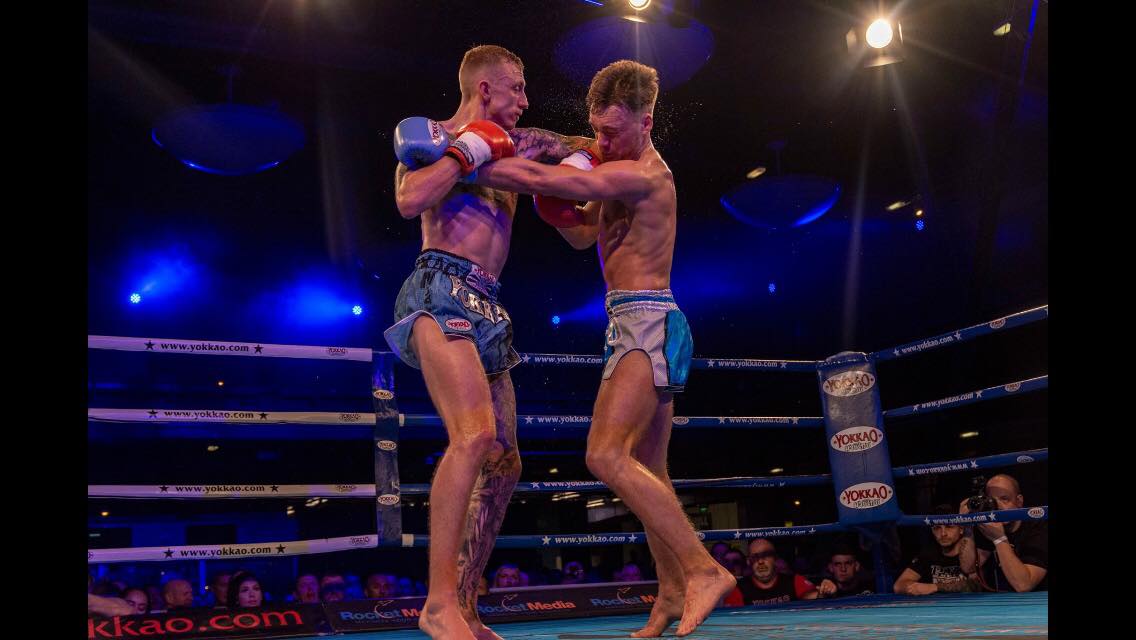 Supershowdown delivered another knock-out night of action at the Macron Stadium in Bolton on Saturday night as YOKKAO 31 & 32 lived up to expectations once again.

In the headliner of YOKKAO 31, UK #1 at 58.9kg Jon Haggerty faced the Thailand’s Superlek Kiatmoo9. After a heavy elbow, a cut opened up above Haggerty’s brow in the second-round. The doctor took a look at the cut after round 2 and deemed it unsafe for Haggerty to continue. Much to the dismay of the home crowd, the fight was called off in favour of the Lumpini stadium and WBC World champion Superlek.

The YOKKAO 32 card kicked-off with Jacob Smith against Simon Forrest. A good display by both fighters, but after an unintentional illegal kick to his grounded opponent in the third round left Forrest unable to continue, Jacob was disqualified and the win was given to Simon Forrest.

Next up was rising prospect Niall Brown against Craig Jones. Brown came out from the opening bell quickly throwing some crowd-pleasing spinning attacks and overwhelmed Jones with a barrage of strikes, taking the TKO win in the first round.

The 72.5kg UK #1 spot was up next as Bad Company‘s Joe Craven took on #2 Jake Purdy. A highly-anticipated match was fought over the full five-rounds. A close fight which the decision could’ve gone either way, but it was Craven that was given the split-decision and retained his UK #1 spot.

After the fight Joe took to social media;

“I’m not going to lie, I’m pretty p****d off with myself, I can fight so much better. Lessons learned, time to move on and keep hold of my number one spot.”

With that win, Craven now heads into the four-man tournament at Victory IV against Ammari Diedrick, Owen Trykowski and Jackson Barkhouse, where the winner will be crowned the 72.5kg UK #1.

In the penultimate bout of the evening, Imperial Gym‘s Jack Kennedy took on the highly-rated Craig Coakley. After Kennedy took a severe cut above his eyebrow the fight ended with a TKO win to Coakley in the third-round.

After Liam Harrison was forced to withdraw due to a hand injury a couple of weeks ago, UK #1 at 63.5kg Nathan Bendon stepped in to take on Thailand’s Rambo Phet Por Tor Aor in the main event. After an impressive and courageous display from the Pra Chao Suua man, it was the Lumpini and Rajadamnern stadium fighter Rambo that narrowly took the split decision victory.

The full fight card YOKKAO 31 & 32 including undercard bouts and results are available by visiting the Events page.