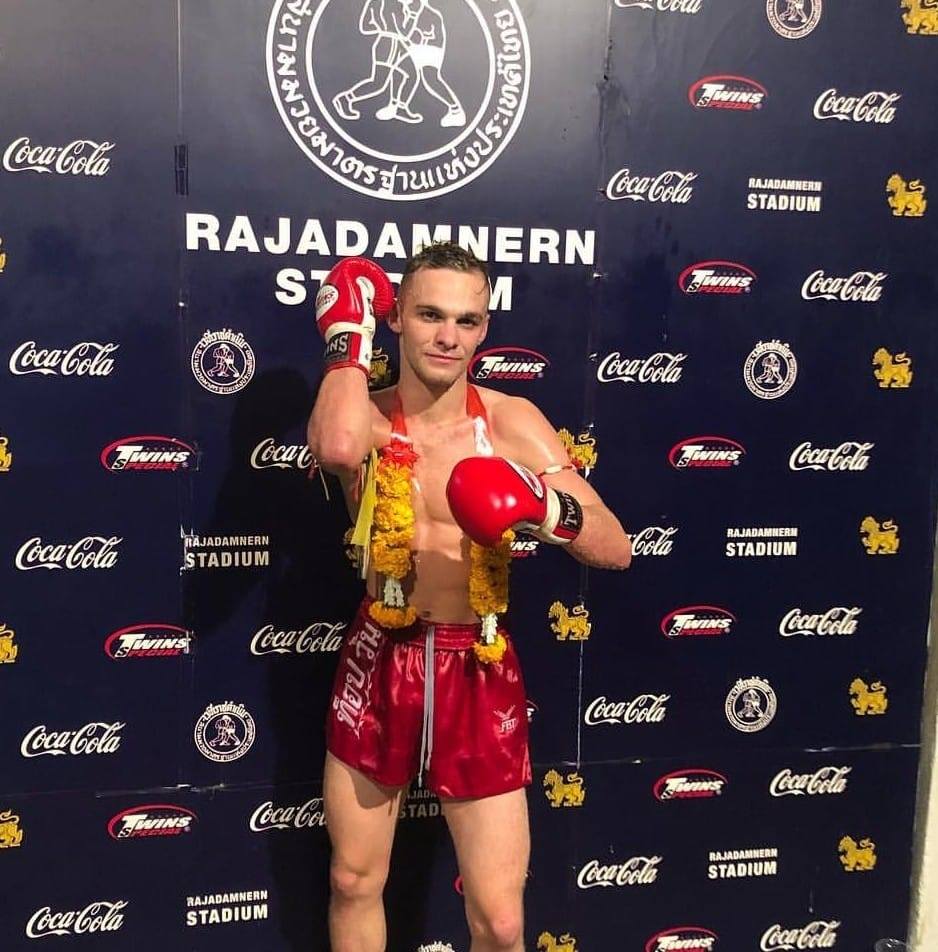 Dan McGowan recently flew over to Thailand to pursue his dreams of becoming a stadium champion. When Fight Record caught up with him a little earlier this year, he was still nursing his hand injury back to health and was looking forward to getting back in action later in the year.

You will all be pleased to know that this injury Dan has been carrying is now healed and he is back! In a match up at Rajadamnern Stadium, he was able to secure himself a 3rd round KO with a nasty elbow against his Thai opponent.

Having just taken a year out, it must have been quite daunting to be in such an environment needing to be at the top of his game. Taking to social media after his win, Dan said, “Rusty first couple of rounds couldn’t find my tempo maybe due to being out for nearly a year but once we started trading in round 3 I knew the tables were turning.” It was an incredible performance from the young superstar and will be sure to set him in good stead to move his way up the rankings to fight for the coveted stadium title.

McGowan holds an amazing stoppage win over Rungnarai at Yokkao last year but also spoke about his frustrations with being unable to train due to his injuries. Now training full-time as a sponsored fighter at Petchyindee alongside Savaas Michael, he is destined to walk the path of a champion.

With the whole country behind him while he is pursuing his dreams, Fight Record would like to take this opportunity to congratulate Dan on his win and express our excitement to see him back in action in the near future working his way to the top!

Fight Record will be catching up with Dan about his win and will be posting that next week so make sure you keep your eyes peeled!