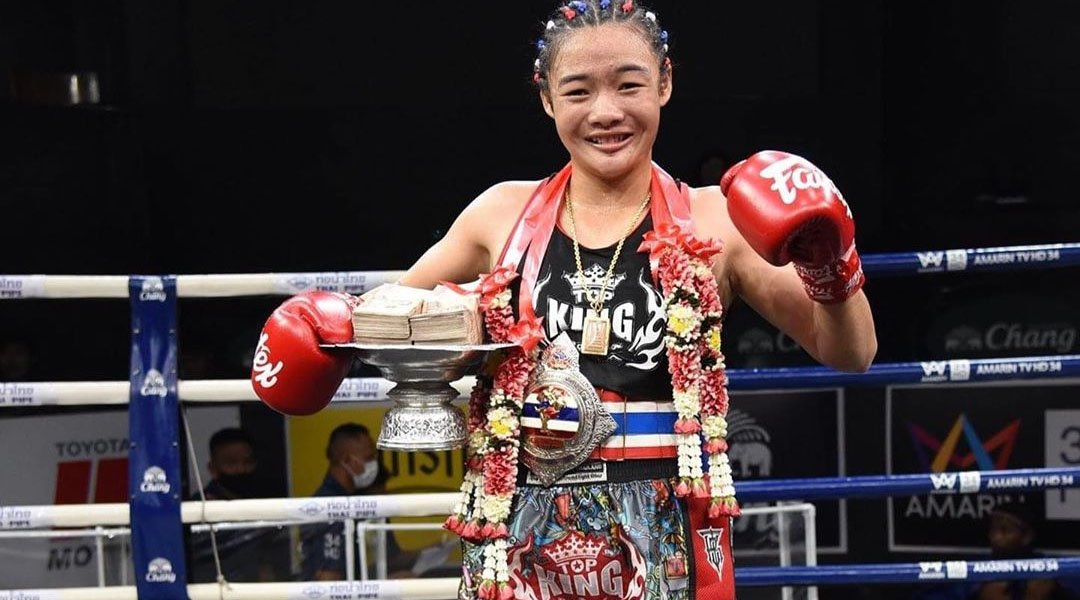 Coming off a huge win over Stamp Fairtex, where she won the ONE Championship Atomweight Muay Thai World title, Allycia Rodrigues was on a win streak of four fights over the last twelve months and was confident coming into this bout against Dangkongfah.

However, the Thai’s erratic style seemed too much for Allycia as Dangkongfah overwhelmed her with boxing combinations throughout the middle rounds.

Though the Brazilian found some success with kicks and teeps, it was the Thai Dangkongfah, who is a regular at the Muay Hardcore shows in Bangkok, that seemed the stronger of the two as the final round ended, winning the Thailand title and a 1 million THB side bet (equivalent of £25,000).

Full results from the Kiatpetch Muay Thai event at OrTorGor3 Stadium can be found below: