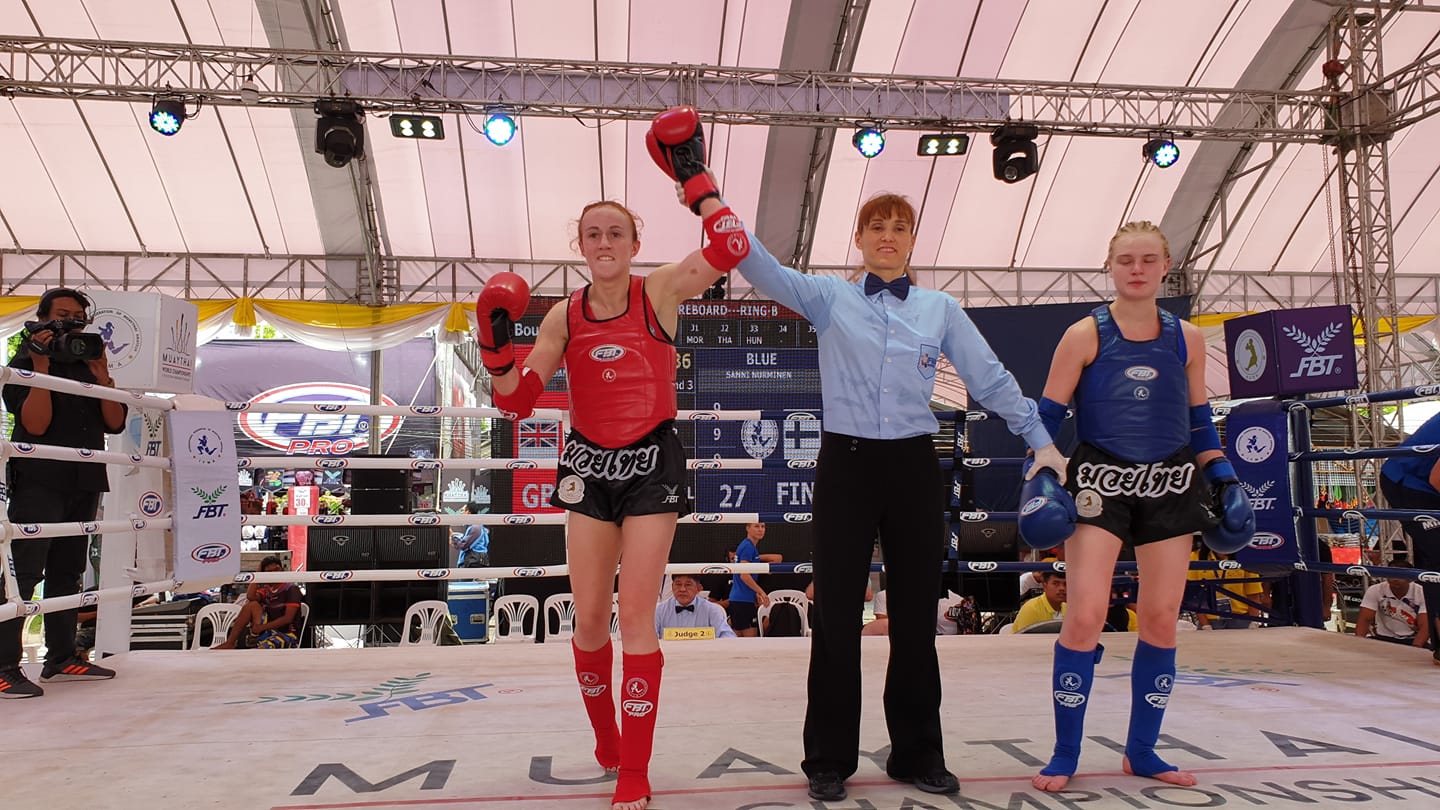 Dani Fall has beaten Finland’s Sanni Nurminen via a 30-27 unanimous points victory in the semi-final of the IFMA World Championships.

After a dominant victory in her opening bout, taking a 30-25 points win against Vietnam’s Nga Thi Lai on Tuesday, Dani moved onto the semi-final of the Competitive Class -54kg division which took place in Bangkok earlier today.

With the semi-final win against Nurminen, Dani will now move onto the final to face Russia’s Ekaterina Popova on Sunday.

With 39 wins from 47 bouts in the competition, the Russian team are in second place in the points standings, only 4 points behind first place Thailand.

The Russian, Ekaterina, received a bye in the first round and claimed a first round stoppage win over Indonesia’s Luh Mas Sri Diana Wati today, so will be fresh and full of confidence going into Sunday’s final against Team GB’s Dani Fall.